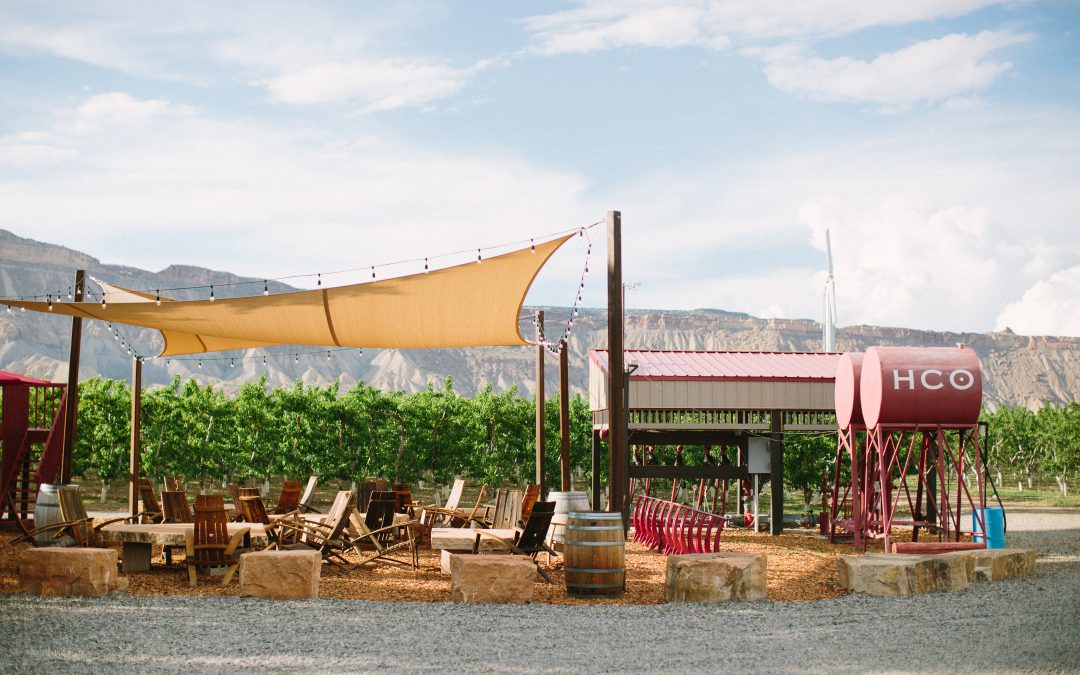 March 5, 2017 – We were thrilled to see Colterris Winery and High Country Orchards featured in Company Week earlier this week. The Palisade-based business has been a longtime GJEP investor and a great, local success story. The High’s met in France, started their business together in Denver and eventually moved their work and lives to the Western Slope. Here’s an excerpt from the profile:

“In 1999, the Highs purchased a 10-acre peach orchard in Palisade, and resolved to continue growing peaches until they had the means to move [from Denver] to the Western Slope. It wasn’t a bad gig: High Country Orchards and Vineyards has been the exclusive distributor of conventional Palisade peaches for Whole Foods Markets’ Rocky Mountain Region since 2006.

While growing peaches, the Highs also grew their land, adding 170 acres to their property in the Grand Valley American Viticultural Area, a government-regulated premium growing area Theresa likens to Napa Valley and Sonoma County. Today, about half of the Highs’ parcel is an estate vineyard producing grapes for some of our region’s most distinguished wines.

Colterris is one of a few wineries in the state  using 100 percent Colorado grapes. From Cabernet Sauvignon and Cabernet Franc to Malbec, Merlot, Chardonnay, and a pink Malbec dubbed Livid, the company manufactures its varietals with vitis vinifera grapes, the first of which were harvested in 2008 in preparation for Colterris’ inaugural release in 2010.

For its first six years, Colterris outsourced manufacturing. In 2017, the company will begin making and bottling wines on-site.”

Read the full story on CompanyWeek.com.

Learn more about “Colorado’s Wine Country” and agribusiness in the Grand Valley here.