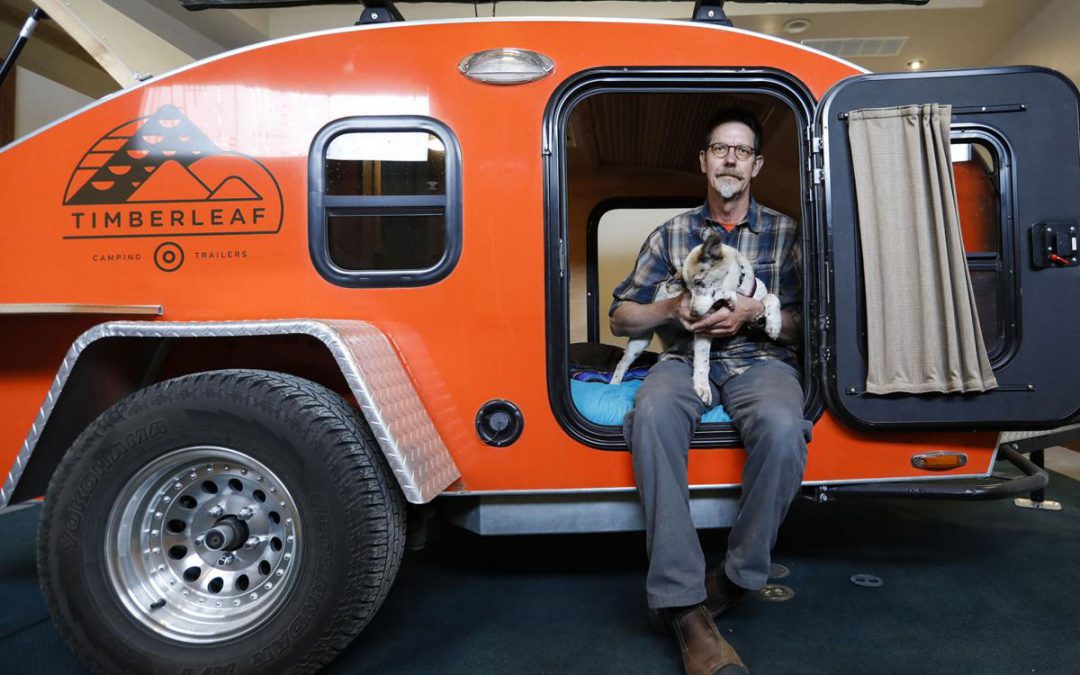 May 8, 2018 – Just about two months ago now, Grand Junction had the pleasure of welcoming Kevin Molick and the team behind Timberleaf Trailers. The company and several team members relocated to Colorado’s Grand Valley for the location, the workforce and the affordable real estate. Here’s more via The Daily Sentinel

“When Kevin Molick decided to build teardrop trailers, a popular item for minimalistic camping trips, his hope was to move away from other construction projects as business ramped up over two years. Four months later, he was scrapping the rest of his business and exclusively building trailers.

But Molick, who founded Timberleaf Trailers in Denver a little more than two years ago, had become increasingly wearisome with his urban setting. Manufacturing space was hard to find and expensive, limiting the company’s ability to grow as the trailers surged in popularity.

So Molick decided to look west and recently became one of Grand Junction’s newest manufacturers, relocating his business to the Grand Valley in late March.

‘Denver didn’t hold a lot for me anymore,’ he said. ‘I was there 40 years, I didn’t need the city. I just really liked the environment here.’

Now, Timberleaf’s 4,500-square-foot space — at 507 Fruitvale Court, Unit C — is more than double the size of its Denver location and provides the company an opportunity to grow and venture into more areas…”

Read the rest of the article in The Daily Sentinel here or watch a KKCO segment on Timberleaf Trailers here.