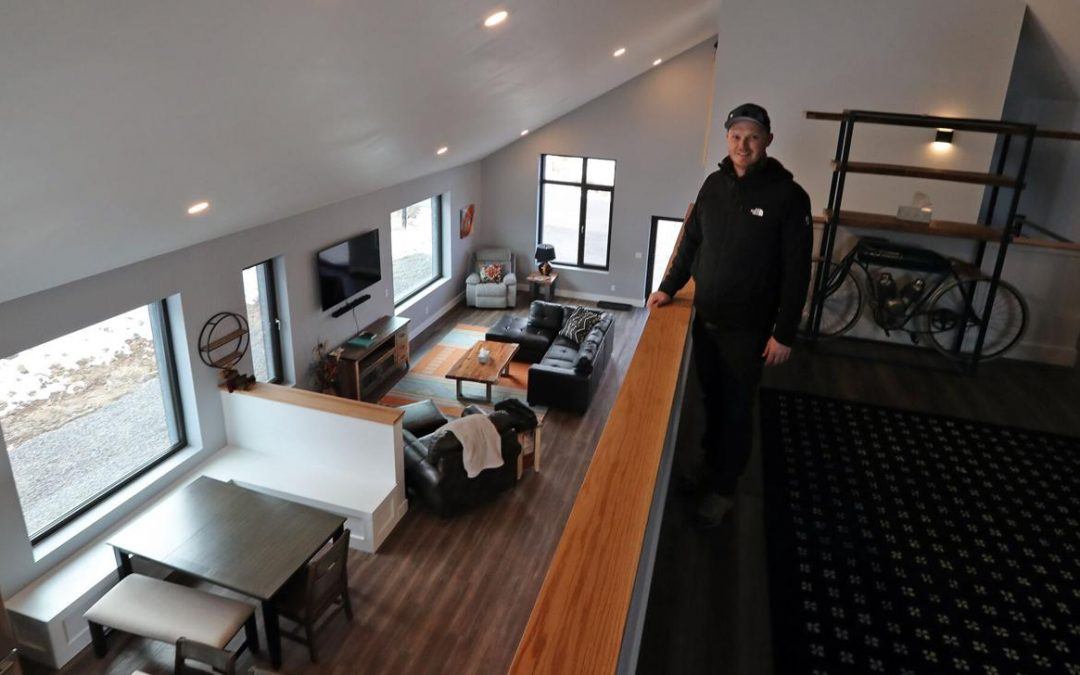 Phoenix Haus, a business that creates sustainable homes, moved to Grand Junction from Michigan a few years ago to bring the company closer to a largely western client base. Thanks to its proprietary methods, the company was able to participate in the Jump-Start tax credit program, which allows businesses in Colorado to operate virtually tax free for up to eight years. In addition, Phoenix Haus was able to tap in to a skilled reserve of ex-energy workers to build its local workforce. Bill McDonald, founder and CEO, recently reflected on the company’s move to the Western Slope in this article for The Daily Sentinel:

“As a child, Bill McDonald suffered from severe allergies to the point where doctors recommended he not go outside for days. His home, like most others in the mid-1990s, did not have sufficient fresh air ventilation systems, which can exacerbate allergies.

That experience, along with the demand for renewable energy and energy efficiency, inspired McDonald to pursue a career in creating sustainable homes. He and his sister, Kate McDonald, now run Phoenix Haus, a company that specializes in producing passive buildings, which are essentially energy efficient houses.

Phoenix Haus began in Michigan. But they were forming a strong customer base in Colorado and decided to move to Grand Junction. This cut down shipping costs and offered a chance to be closer to the people living in their products.

‘We were sending a lot of our products out west so the move made sense,’Bill said. ‘The Grand Junction Economic Partnership’s Jump-Start program really helped our move. We’re also close to so many outdoor activities. It’s been great here.'”

Read the full article in The Daily Sentinel.

Featured image pulled from The Daily Sentinel article and features Phoenix Haus founder and CEO Bill McDonald at the company’s model build on the Grand Mesa.