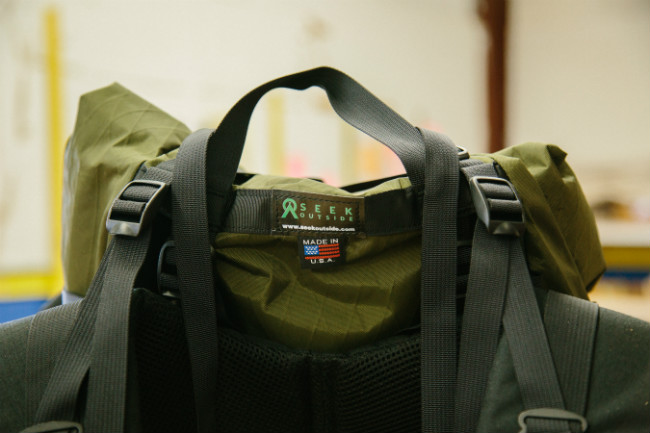 June 22, 2017 – This week, Rocky Mountain’s leading voice in manufacturing, CompanyWeek, featured Grand Junction-based outdoor recreation business Seek Outside. The company, which makes a variety of outdoor goods, was started in 2010 by husband-and-wife team Angela and Kevin Timm.  Here’s an excerpt:

“‘We started it because we weren’t happy with the outdoor backpacking and hunting gear available at the time,’ Kevin explains. ‘It really started as Angie and I backpacking with our kids, and realizing that we carried a lot of weight for shelter with the children and didn’t have a whole lot of space. So we started messing around on our own.’

The pursuit soon evolved into manufacturing with Seek Outside. Since the launch in 2010, the company has branched out into lightweight but sturdy camping and hunting backpacks, and stoves for camping that can be used inside tents.

Kevin says Seek Outside doesn’t have too much competition for high-end hunting backpacks. ‘There are probably four to six other other manufacturers that build truly capable, high-end hunting backpacks,’ he says. ‘Just because a pack’s made out of camo doesn’t mean it’s a good, high-quality pack. That isn’t meant to criticize the rest, but there are only a handful that are truly, truly good long-term packs meant for spending a week or two weeks that you’re carrying your livelihood on your back.’

Kevin offers the story of hunters outfitted with Seek Outside packs. ‘They had a lot of grizzlies around their camp and had a couple of elk down on an island somewhere around Kodiak and they decided they needed to pick up and move and get going. They did 150- or 160-pound loads to get everything to a safer spot.’

The company’s Western Slope location has provided a baseline workforce for the company. ‘Marmot used be based in Grand Junction so there are quite a few seamstresses that knew how to sew outdoor gear very well,’ Kevin says. ‘We do almost all manufacturing in-house. We might outsource a few things to other U.S. manufacturers at certain times, but we do all the manufacturing of our sewn goods near Grand Junction, or almost all of it.’ The company maintains stock on most everything and expects to be able to fulfill orders more quickly in the future.

The company is largely self-funded. ‘We have relatively good relationships with suppliers and our bank if we desire capital, but we try to stay as self-funded and are growing as organically as possible,’ says Kevin.

Read the full profile on CompanyWeek.