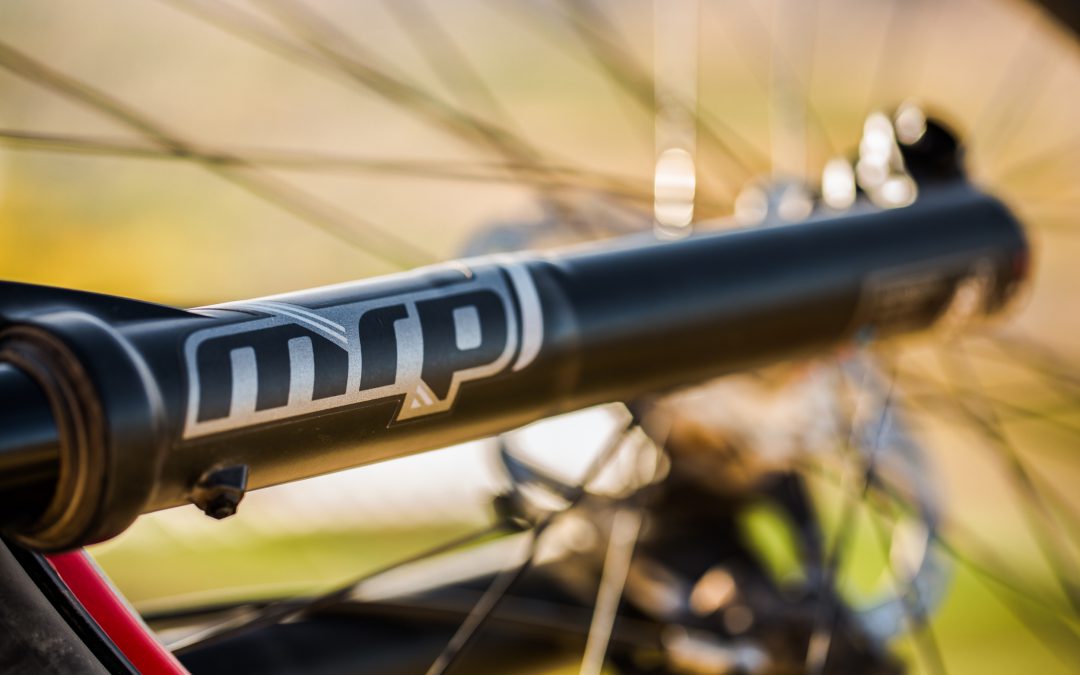 May 25, 2017 – Last week, Grand Junction-based manufacturer Mountain Racing Products (MRP) received a grant for its new business, Eko Sports, to develop a new, patented suspension fork for mountain bikes. The grant was awarded through the Colorado Economic Development Commission, which Gov. Hickenlooper recently extended during a Senate bill signing right here at the GJEP offices – check it out.

We want to congratulate MRP on the new endeavor, and share with you this story by Charles Ashby for The Daily Sentinel:

“Trying to be innovative isn’t easy, and it sure isn’t cheap.

But when an entrepreneur for a small manufacturing company comes up with something that few others have thought of, it seems fitting that he or she is given the help needed to see their ideas come to fruition.

And it doesn’t hurt efforts to boost economic development either.

Such is the case for Eko Sports, 580 N. Westgate Drive in Grand Junction.

This matching grant, called the Advanced Industries Accelerator Grant Program, was created by the Colorado Legislature to help small businesses realize ideas they’ve developed and see them to market.

In the case of Eko Sports, it’s to develop a patented suspension fork for mountain bikes, said owner and company president Tim Fry.

‘It means that the project that we’re working on gets a shot in the arm, and we’re going to be able to better leverage the dollars that we’re investing,’he said.

Though Fry said he isn’t sure yet just how much his 23-employee company is to receive, he doesn’t expect it to be more than $250,000. That amount, or any for that matter, is only possible if grant applicants also agree to match it two for one.

That means that Fry is so confident about the fork he and his people have developed, that he’s sinking in half a million dollars of the company’s own money into the product.

If all goes as planned, and the small company does get the market share Fry expects, the company not only will continue to thrive here in the Grand Valley, but grow as well.

Fry, who learned about the grant program though the Grand Junction Economic Partnership, said he hopes to start hiring more people soon, up to four more workers by the end of the year, and maybe even up to 15 more within five years.

‘We have projected job growth due to our continued growth,’he said. ‘And this particular product line, we had been interviewing but holding off until we knew the grant was going to come through. Within the next one to two weeks, we will begin to add some staff specific to this project. It will be small out of the gate.’

Fry said this particular suspension fork is his third. The last one had to be sidelined because of recent changes in the industry’s standard when it comes to such components.

As a result, Eko Sports wasn’t able to eke out all it had hoped from the first two fork designs, but is hopeful that three times will be the charm.

‘We launched the first suspension fork line, it started gaining momentum, we came out with another suspension fork line that started gaining some traction, but then there was an industry standard change that basically required us to retool those products,’he said. ‘As a small company, that’s a tough investment, especially when you’re not getting the return out of the investment that you just made. We were forced to start over.’

Fry said he’s virtually set with that third line, and the grant will help get the company back on track so it doesn’t lose the market momentum it got from the first two forks.

The company is one of only a handful nationally that does this kind of work, which is why the bulk of its customer base is national and even international.

Fry said that about 50 percent of the company’s revenues are from outside the United States, with almost 96 percent out of state.

‘We’re a tiny company in Grand Junction, but we’re bringing in million of dollars back to this community from outside of the state and outside of the country,’he said.

The types of grants the commission awarded this time around are varied, ranging from agricultural applications to the medical sciences.”