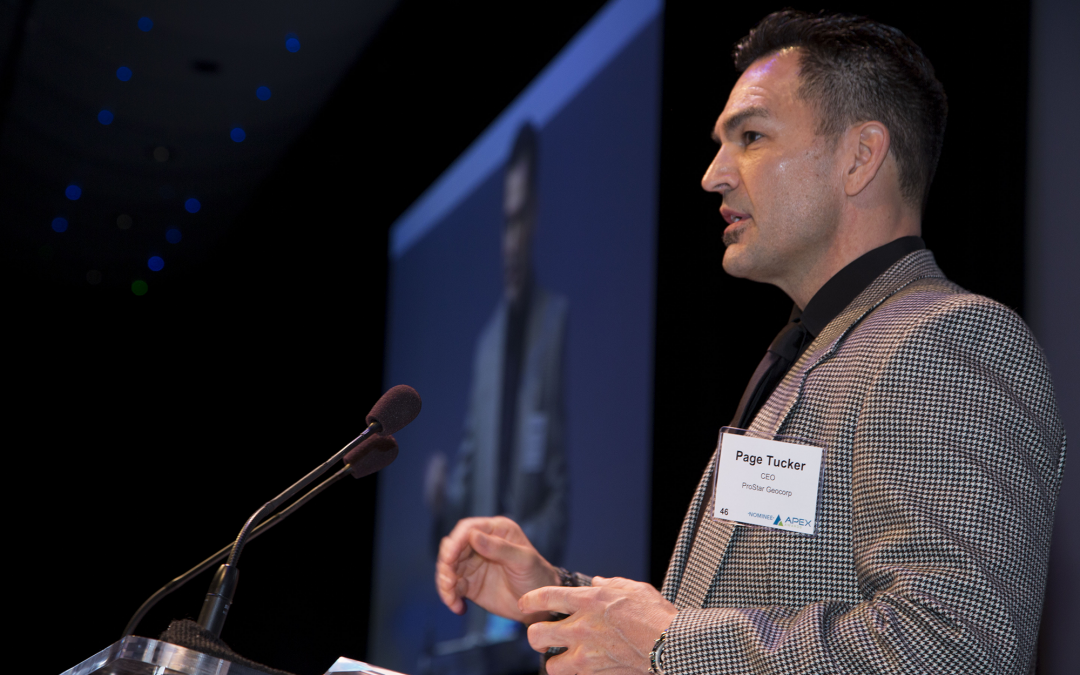 “Although entrepreneur of the year is considered to be an individual’s accomplishment, this award would not be possible without the truly talented and hardworking team that is behind me, as well as the support of the entire business community in Grand Junction and throughout the state,” said Tucker upon accepting the award, also citing Colorado Mesa University, the Greater Grand Junction Chamber of Commerce and the Grand Junction Economic Partnership as key contributors to his success.

Tucker further commended Andrea Young, CEO of the Colorado Technology Association, and her entire organization; Suma Nallapati, Secretary of Technology at Governor’s Office of Information Technology; and Anna Ewing, COO of the Office of Economic Development and International Trade, for their support of companies like ProStar, and encouragement of innovation and growth in communities like Grand Junction and throughout the western slope.  (The CTA brought the Colorado Tech Tour to Grand Junction earlier this year and the visit was co-hosted by ProStar Geocorp; read about it here).

Tucker’s startup, ProStar Geocorp, provides geospatial intelligence software that is designed to streamline and improve enterprise operations through innovative and award-winning cloud and mobile applications. The company is headquartered in Grand Junction, with additional offices in Raleigh, North Carolina. Earlier this year, ProStar was one of the first businesses to be accepted into Colorado’s new tax relief program, known as Jump-Start, which allows businesses to operate free of state and local taxes for up to eight years. Simultaneously, the company received a grant from Colorado’s Advanced Industry Accelerator Grant Program.

More recently, ProStar signed an agreement with Microsoft to begin incorporating Microsoft’s Azure cloud platform and HoloLens augmented reality headsets with ProStar’s solutions. The CTA calls ProStar “one of the most promising endeavors in the state,” and said the company puts Grand Junction “on the map.”

Tucker added that this type of acknowledgement from the CTA is encouraging organizations across the state to take interest in his company and begins to connect front range cities like Denver and Boulder with Colorado’s smaller, rural communities including Grand Junction, Durango and Telluride.

“We are excited for what this award means for Page, ProStar Geocorp and for our community,” said Kristi Pollard, GJEP executive director. “Page shares a common goal with GJEP to turn Colorado’s Grand Valley into a recognized tech hub. This award demonstrates that the rest of the state is beginning to notice the innovation and entrepreneurial spirit brewing on the western slope, and brings us one step closer to realizing our goal.”