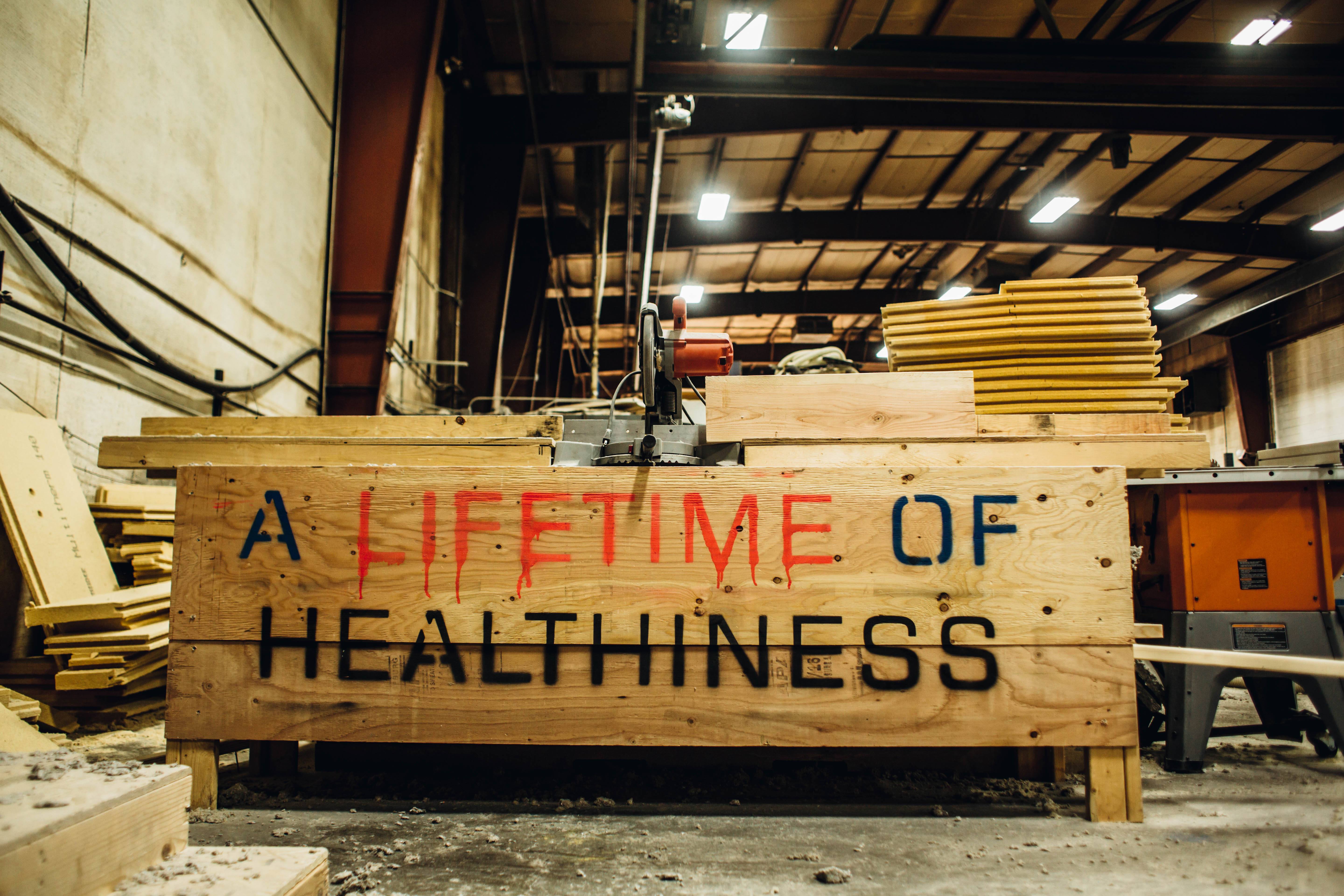 The business started in 2010 in Saginaw, Michigan, where founder Bill McDonald began retrofitting old homes in pursuit of healthier housing. In 2014, he built his first prototype of a prefab passive home and Phoenix Haus was officially born.

But the story really started much earlier. When Bill was just a toddler, he suffered numerous allergies that triggered life-threatening breathing issues, which were further exacerbated by dust, dirt, mold and mildew. His childhood experiences led Bill toward a degree in commercial real estate and a passion for European-style sustainable design that became the inspiration behind Phoenix Haus.

Our innovative approach of construction pre-plans every single element in 3D CAD design for our scope of work, which elimates waste, increases speed, and significatly reduces the overall risk to deliver a high-quality product on time. Championing this effort is part of our unique healthy housing offering.

In 2015, Bill added a couple of staff members, including his sister Kate. He established a production facility in downtown Detroit but realized within the year that all of their projects were based in Colorado.

The team scoured the Pacific Northwest for a new homebase – Bill sums up the decision to relocate to Grand Junction with one word: opportunity. Of all the places they looked at, Colorado’s Grand Valley offered better access to commercial real estate, more affordable housing and a stronger labor market. The company is also able to source nearly all of its materials locally in the Grand Valley and throughout the state. 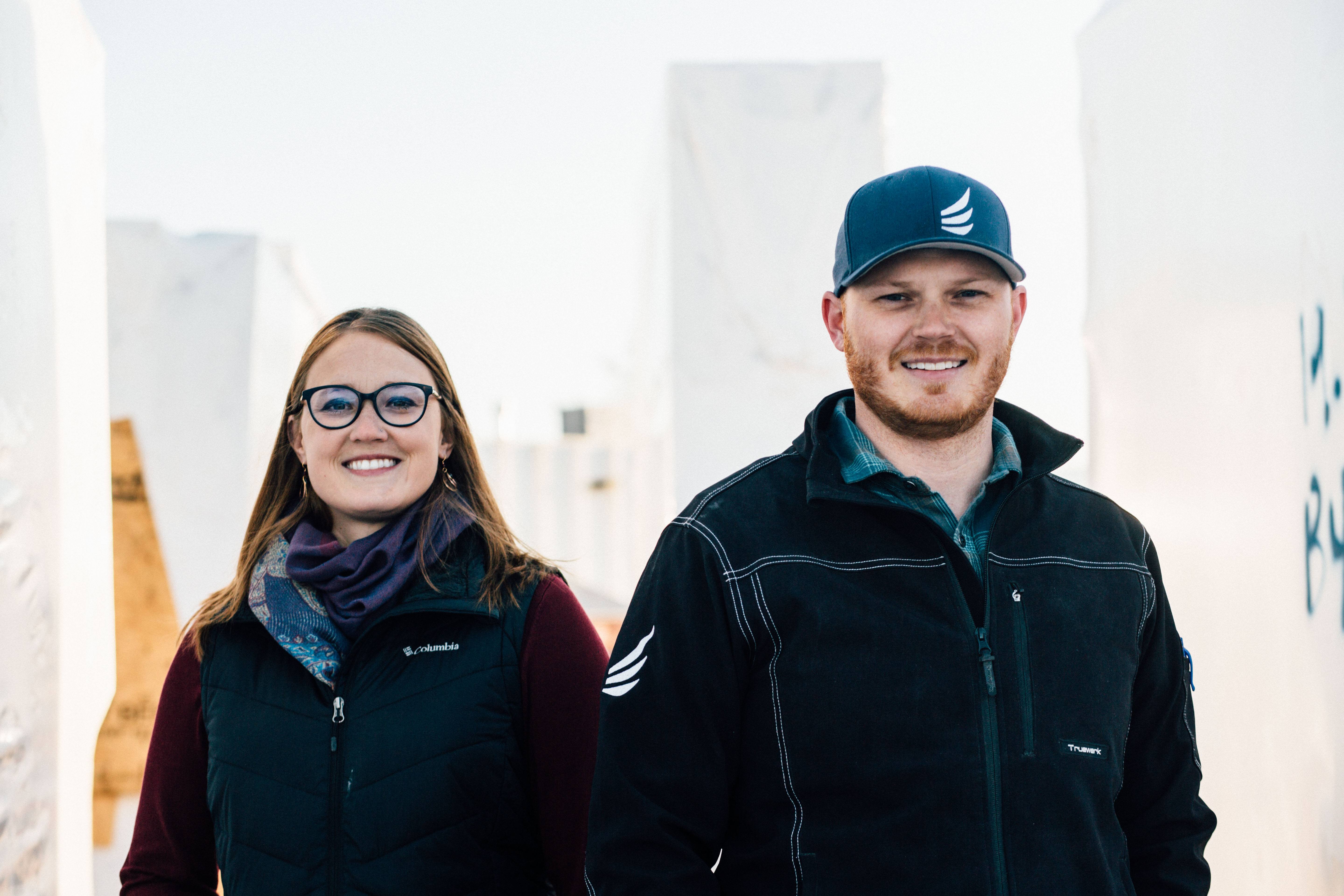 Seeing as oil and gas is having a slow exit, we’re finding success with those displaced workers. [They’re] technical, capable guys used to working with their hands, used to 14-hour days… You can’t find a better workforce. 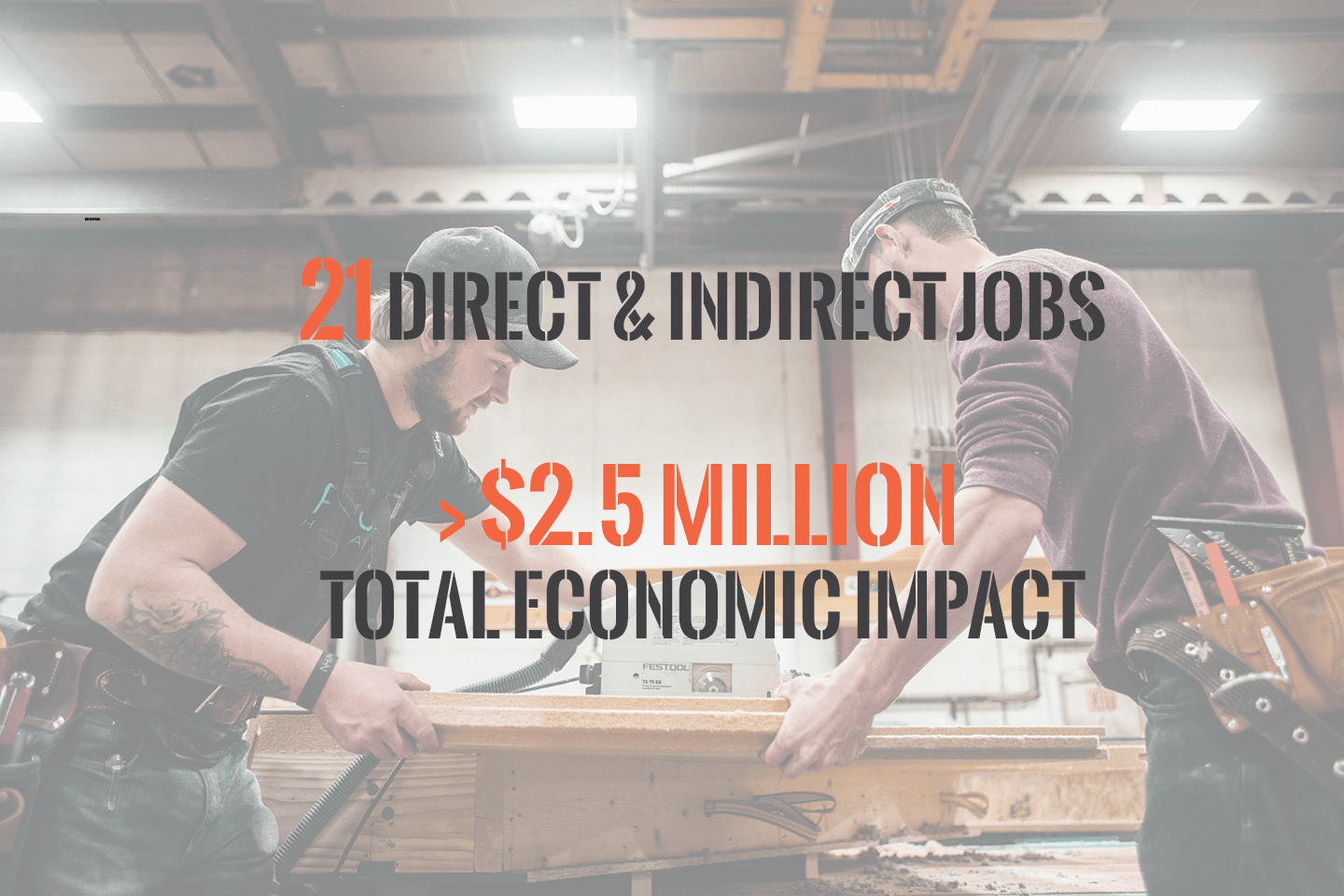 Thanks to innovative building materials and pioneering techniques, Phoenix Haus was accepted into Colorado’s Rural Jump-Start Tax Zone in 2017.

In addition to several state and local tax breaks, the Jump-Start program gives startups the opportunity to build a close partnership with Colorado Mesa University. In this case, Phoenix Haus was able to set up shop in the university’s old engineering building.

GJEP has also enjoyed a close relationship with Phoenix Haus throughout the company’s relocation process. Our calculations show Phoenix Haus has created 21 direct and indirect jobs in Mesa County, and has had a total economic impact of more than $2.5 million on the community.

“In early days, Steve [Jozefczyk] was the best ambassador to Grand Junction. He drove us all around and showed us everything. If we had a question, we always had a quick response… Every step of the way, Steve was there.”

The company’s reputation has grown rapidly with increasing consumer appetites for affordable green builds. In 2021, Phoenix Haus already has projects planned in seven different states, with twice as many builder and design teams as last year. They plan on moving to a bigger facility and adding a couple of full time staff members, some of which will likely be relocating to the Grand Valley from overseas.

Bill also wants to invest more into his adopted community. Phoenix Haus recently opened a model home near Powderhorn Mountain Resort on the Grand Mesa. He hopes another one will follow shortly, closer to the city core. 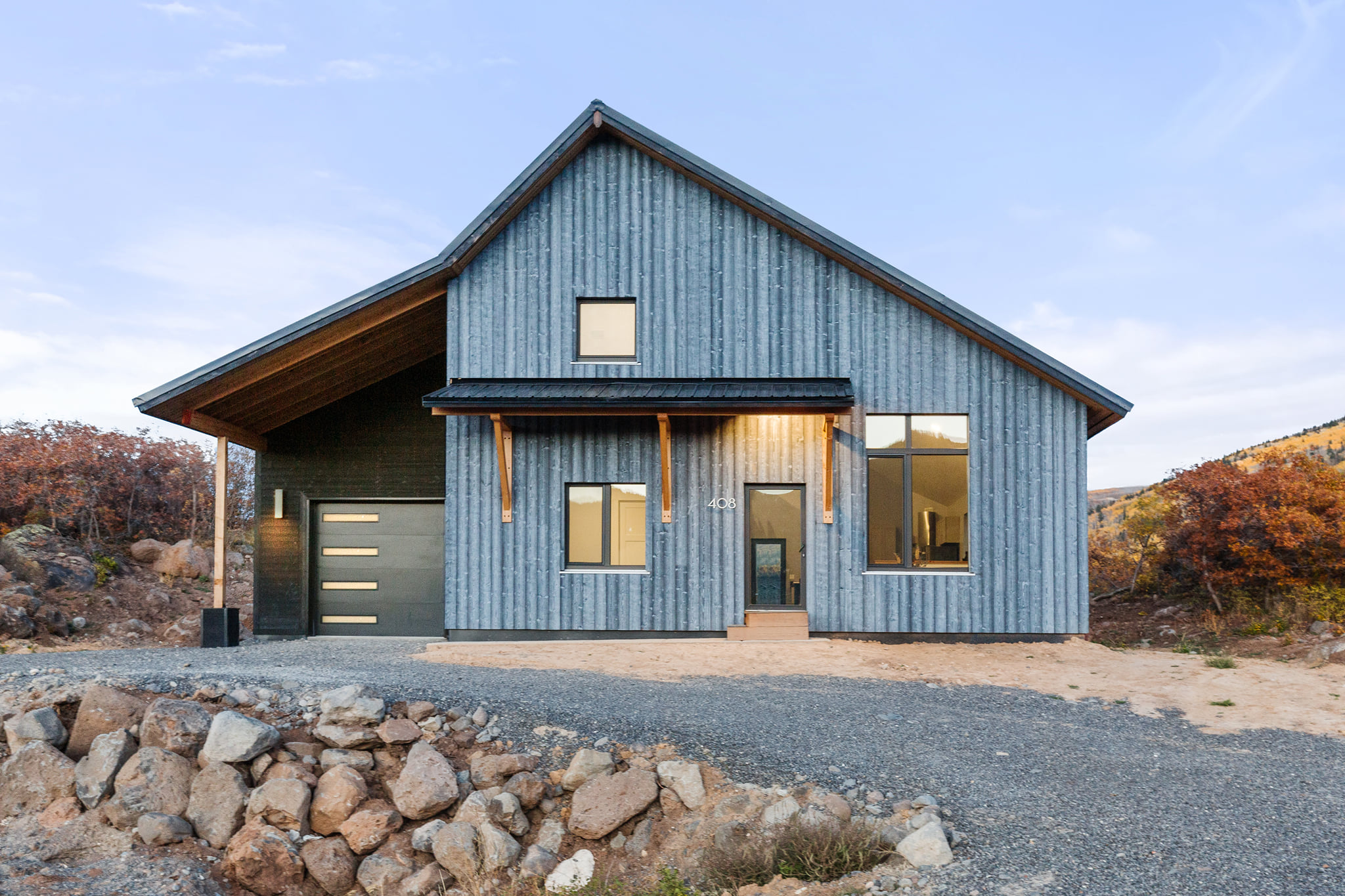 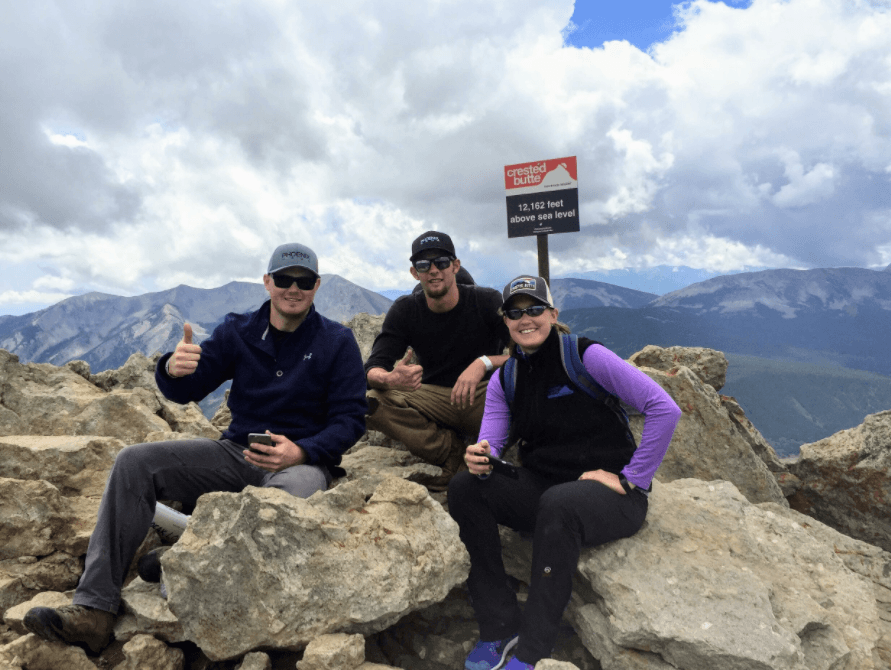 AND ON A PERSONAL NOTE…

We asked Bill what he thinks about life in Colorado’s Grand Valley – this is what he said:

“It is very easy to live here. The ability to go and do a hike, or ski, or hop over to Moab, or dirt bike is great…We’re huge skiers,[so] Powderhorn ski area has been a really awesome place. We feel very healthy here. Days are easier, lots of sun is super nice. It’s just an uptick.”

Discover the remarkable, full story of Phoenix Haus and its journey from Michigan to the West Slope on the company website.

Photo Credit: Bill and Kate McDonald, and Phoenix Haus staff, captured by Caleb Weaver  of Lightbulb Media, and through their own photography.