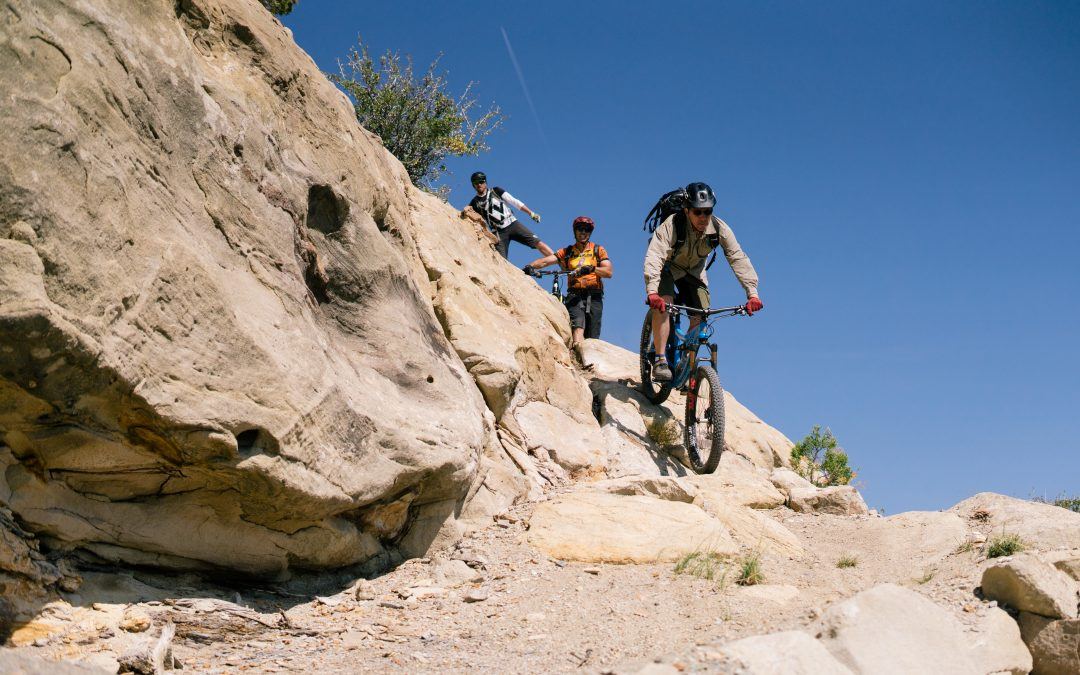 On September 24, the partners behind the Palisade Plunge trail project gathered atop the Grand Mesa to celebrate the near-completion of phase I of the trail. A select group of riders got to make the descent into the Town of Palisade – RockyMount’s Joey Early caught the action:

Once completed, the Palisade Plunge will connect the top of the Grand Mesa (10,700’) with the Town of Palisade (4,700’) via 32 miles of singletrack trail at 6,000’ of vertical relief .The trail leads into downtown Palisade where it connects with the Colorado Riverfront trail, effectively connecting Colorado’s Grand Valley from east to west end. The nearly $3.5 million project began construction in 2016, when it was funded as one of former Governor Hickenlooper’s 16 priority trails in his Colorado the Beautiful campaign. The finished trail is expected to contribute at least $5 million annually to the local economy.