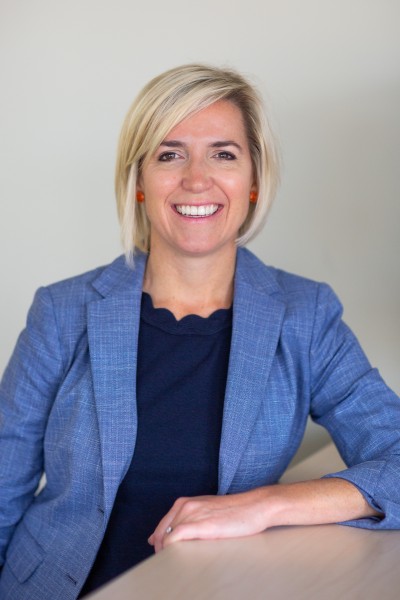 This article originally published in the Daily Sentinel on August 5, 2021, and covers the foundational work of GJEP departing executive director, Robin Brown.

“At its core, economic development is about attracting jobs and business.

But as this community has learned, small-business owners, corporations and entrepreneurs don’t make decisions solely on economic factors like average wages, incentives or tax breaks.

Certainly the cost of doing business is a major consideration. But relocation or expansion decisions can hinge on things like the quality of local schools, access to recreation, broadband availability and housing affordability.

The director of the Grand Junction Economic Partnership, therefore, wears two unofficial hats: head cheerleader and problem-confronter in chief for the community. Robin Brown embraced both roles, simultaneously hyping the Grand Valley’s quality of life while constantly seeking to improve it.

Under her leadership, GJEP saw a significant increase in business prospects, expansions and relocations, which has resulted directly in over 100 new jobs and a total economic impact of nearly $50 million for the Grand Valley. But the center of her bullseye has been lowering the percentage of local kids on the Free and Reduced Lunch program by growing the entire economic pie.

Brown, who is leaving her post as executive director at GJEP this month to become the head of development for the Colorado Mesa University Foundation, has always been quick to say that economic development is a team sport. Investments in transportation, education, public safety and amenities such as Las Colonias Riverfront Park, along with improved air service, made her job easier.

But barriers remain. GJEP only has a couple of real tools at its disposal, namely the Rural Jumpstart program, a small bucket of cash incentives and some state tax credits. Beyond that, GJEP scores wins by collaborating with partners like municipalities, the Mesa County Workforce Center, developers, CMU and the Chamber of Commerce — often by identifying roadblocks and pondering practical solutions.

That’s what put Brown on a path to help develop a Foreign Trade Zone at the Grand Junction Regional Airport or undertake a study of why freight costs are high and how to lower them. It’s why she’s an advocate for affordable housing development and more local investment in schools.

When the pandemic hit and workers suddenly realized they could work from anywhere, GJEP was quick to analyze the needs of a location-neutral workforce.

Thinking creatively and leveraging relationships has paid off handsomely. Grand Junction recently ended up No. 57 on the Milken Institute’s Top 200 Best Performing Small cities list and ranked 12th in overall job growth. It was 189th out of 200 when Brown took the job.

Brown has laid out a blueprint for success. Her successor will inherit some exciting prospects and projects in the pipeline. She leaves GJEP in far better shape than when she started nearly four years ago.

But there’s a big upside to her decision to leave. Brown has proven to be exceptionally gifted at fulfilling a vision. If her goal is to turn Grand Junction into a bonafide “university town,” then we should probably expect that to happen.

If it does, she’ll be continuing GJEP’s mission of adding economic resiliency and vibrancy to the Grand Valley.”

Read this article on GJSentinel.com