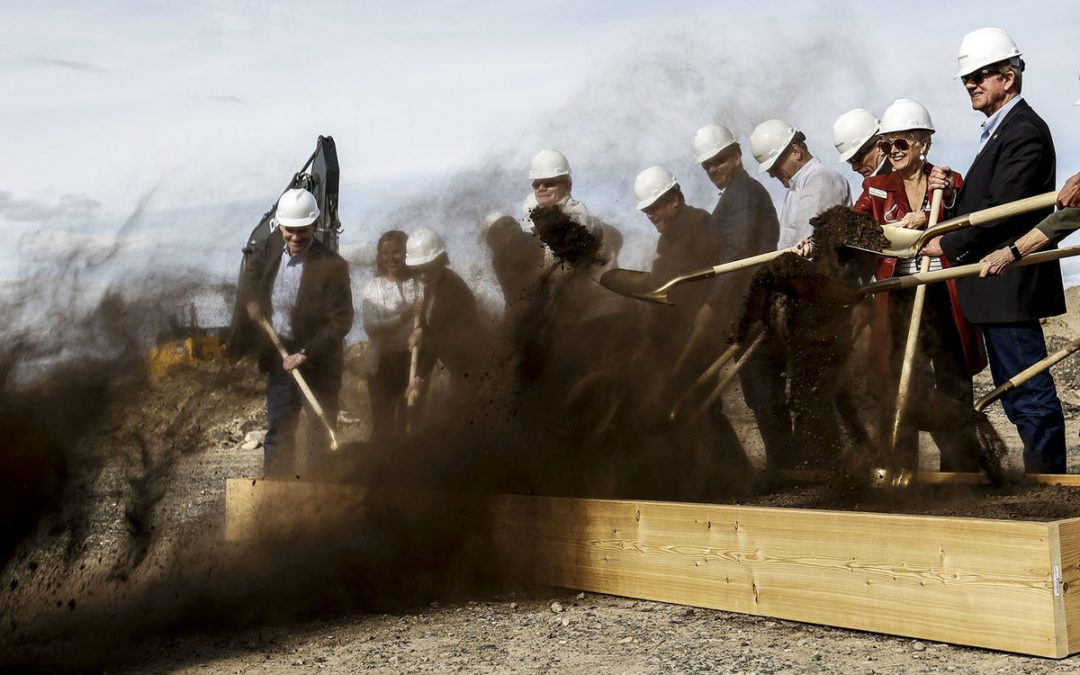 April 5, 2018 – Last Friday, the City of Grand Junction hosted a celebration and groundbreaking for the Riverfront at Las Colonias Park business park and recreational development slated to open in Spring 2019. Here’s more from The Daily Sentinel:

“‘This is something personal and special to me as an outdoorsman,’ Grand Junction Mayor Rick Taggart said during the ceremony. ‘To see this area come to life, as it should, is very special.’

The event boasted 10 speakers, including U.S. Sen. Michael Bennet, U.S. Rep. Scott Tipton and Colorado Lt. Gov. Donna Lynne, all three of whom applauded the city, its partners and Bonsai Design — which will anchor the park and helped spearhead the effort — on the commitment to the outdoor industry in Grand Junction.

‘This isn’t just some market niche. It’s a key economic cog in the community,’ Lynne said.

‘Bonsai is a great example of a business that is not just for themselves, but part of the community.’

The outdoor recreation business park even came away with more money as Irv Halter, executive director of the Colorado Department of Local Affairs, announced his organization would be giving $800,000 toward the project.

He noted this money comes on top of $2.3 million already given to the park during the first two phases of Las Colonias’ revitalization.

Riverfront at Las Colonias will include man-made lakes, multiple new buildings, a zipline and restaurant and retail areas over its 15 acres, which was once home to more than 4 million tons of uranium tailings prior to the late 1970s. The buildout of the new Bonsai headquarters should take about two years.

The Riverfront at Las Colonias was launched as a public-private partnership between the city, Bonsai Design, Grand Junction’s Downtown Development Authority and the Grand Junction Economic Partnership.”

Visit RiverfrontColorado.com for more information about the business park.