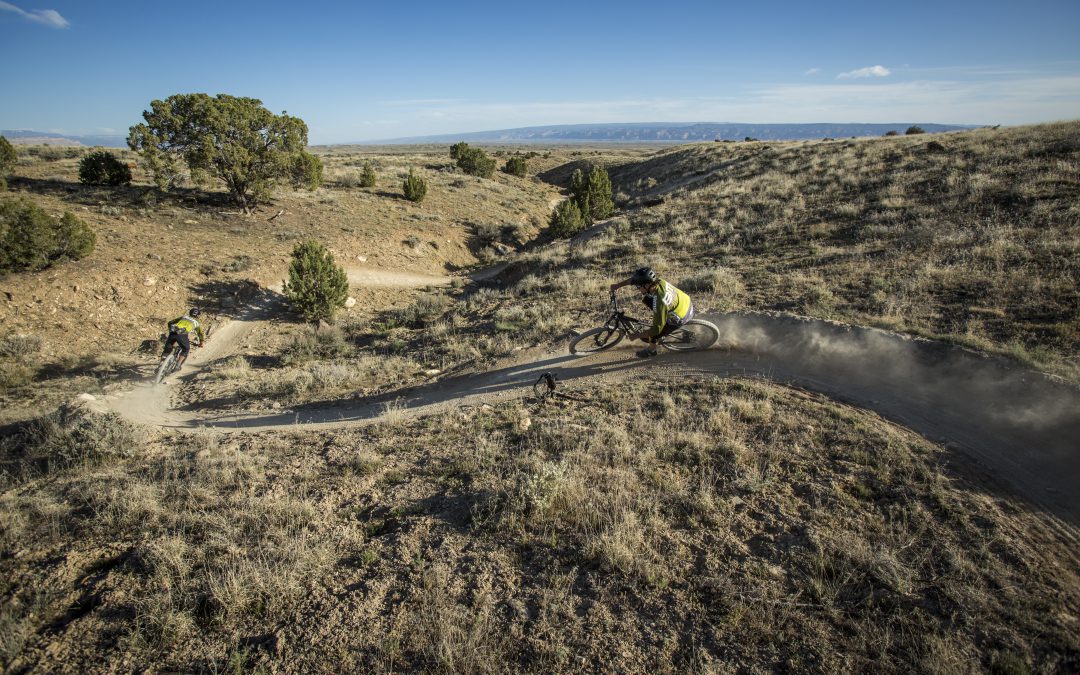 August 4, 2017 – The City of Grand Junction agrees to apply for a GOCO grant, one in a series of efforts to accelerate the Grand Valley’s position as an outdoor recreation hub. Here’s a recap via The Daily Sentinel:

“Colorado River bottomlands in the Grand Valley have slowly but steadily been transformed into a ‘String of Pearls’ over the past 30 years thanks to the Grand Junction Lions Club, the Colorado Riverfront Commission and Great Outdoors Colorado.

Now, suddenly, we’ve hit a high-speed mode where years of planning and vision are culminating with a flurry of proposed projects that amplify their impact on each other and move us a step closer to becoming the recreation-centric community prescribed by economic development experts.

The Grand Junction City Council on Wednesday unanimously agreed to apply for a $1.5 million GOCO grant to build a hard-surface trail that will connect the Riverfront Trail to the Lunch Loops, or Tabeguache trailhead.

On its own, that doesn’t seem to be that big of a deal, but it fixes a major gap in the trail system. The Lunch Loops enjoy more than 100,000 user days per year, putting it in the company of Hanging Lake as far as popular outdoor destinations. But it’s cut off from the rest of the valley’s urban trail system, meaning most people drive and transport bikes to get there.

With this connection, people coming to Grand Junction could stay in a downtown hotel and have a safe and easy way to get to a world-class trails network by bike. It also provides a way for families or youth riders who live near the Riverfront Trail with a way to get there without the worry of parking, effectively expanding the capacity of the trails. It gives underserved neighborhoods access to areas they couldn’t easily get to before.

That’s just a piece of the puzzle that’s coming together. The business park being developed at Las Colonias will cater to manufacturers of outdoor recreation equipment. The nearby amphitheater opened this summer, adding another draw to the sprawling riverfront park being developed. And a separate GOCO grant program is being tapped to transform the Riverside community and provide more recreational opportunities for families in that neighborhood.

But back to the Monument Road corridor. The $2.5 million trail project is competing with eight other projects for $8.9 million in available funds. If the $1.5 million grant comes through, the city and the county have pledged about $450,00 over three years — subject to the budget appropriation process — leaving another half-million to be raised privately. Thankfully, the Mesa Land Trust is prepared to use its significant fund-raising capabilities to bridge the gap.

Mesa Land Trust already secured a planning grant through the National Park Service to come up with a blueprint for improvements at the Lunch Loops trailhead. Those improvements aren’t part of this grant phase, but the plans provided a focal point for engaging the community.

What we have here is a fully integrated public-private partnership that builds on city resources and investments GOCO has made in the community. It’s leveraging grant dollars to enhance a recreation complex that costs the city very little money but has a significant impact on the economy.

Kudos to the City Council, the Parks and Recreation Department, city planning and engineering staff and Mesa Land Trust for working collaboratively to make this important project a possibility.”

Read the story on gjsentinel.com.