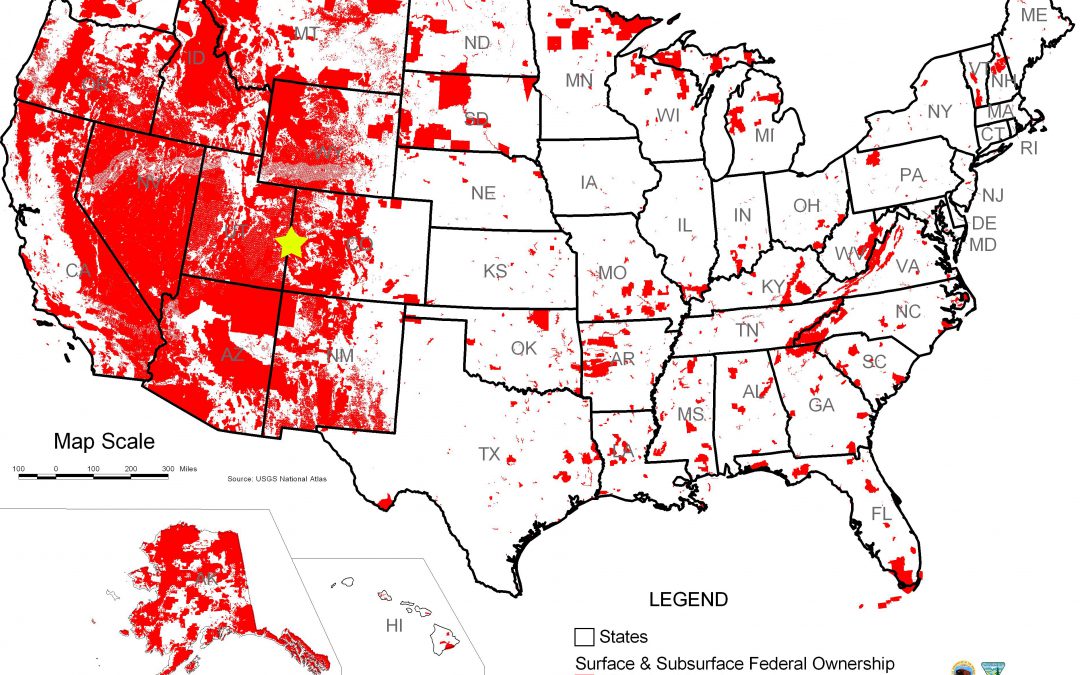 May 31, 2018 – GJEP and partners have been actively courting the BLM headquarters, which are expected to head West in the near future. And support has been pouring in from across the state and in D.C. to bring BLM to Grand Junction. Here are the latest highlights via The Durango Herald:

Gardner had Colorado business to discuss with his old friend, the former senator from Montana who now leads the U.S. Department of the Interior, which administers about a fifth of the nation’s land.

The Republican senator from Yuma, as he’s done since the Obama administration, pressed the case for Colorado becoming Washington’s West Wing by moving the headquarters of the Interior Department’s Bureau of Land Management closer to the 245 million acres it manages in the West…

Already, most of BLM’s 8,900 permanent employees work outside of Washington, D.C., mostly in the West. Still, many western leaders see great significance in a westward HQ move.

And Gardner has his heart set on Grand Junction as the agency’s new home.

Such a move could bring up to 400 jobs, economic activity and a national identity for the city of 62,000 near the Utah border, in the heart of the American West, away from the starched collars and leather briefcases of the nation’s capital…

But while there’s been little or no public political inertia behind an agency move to Denver, Grand Junction is another story. There have been joint D.C.-Colorado meetings to address it. The Mesa County relocation has been chattered about in the statehouse, and it’s of keen interest to the state’s congressional delegation.

Sen. Michael Bennet, a Democrat from Denver, has been pushing the BLM deal with Gardner for almost a year. He, too, is convinced there’s nowhere better than Grand Junction.

‘The values of Coloradans on the Western Slope align with the core mission of the BLM,’ Bennet told Colorado Politics. ‘We must ensure this move is more than symbolic and provides the resources necessary to manage our public lands and improve agency decision-making.’

Down south, they call such opportunities high cotton. And Colorado is chest-deep in positioning to land this deal.

Of its 245 million acres nationwide, BLM administers 8.3 million acres in Colorado. Nationally, there’s another 181 million acres controlled by the U.S. Fish and Wildlife Service and National Park Service, also Interior agencies, and 193 million under the U.S. Forest Service, part of the U.S. Department of Agriculture.

The federal government collectively owns more than 50 percent of western states, but only about 4 percent of the federal lands are east of Colorado…

Groups in Grand Junction have been holding meetings and at least one video conference call with Bernhardt, the Rifle-raised decision-maker at Zinke’s right hand.

Christian Reece – executive director of Club 20, the Western Colorado coalition of government and business leaders – said Grand Junction could be a major hub for BLM, adding that she’s sure the local economic folks will be ready to pony up incentives.

‘The entire community has embraced the idea of hosting the BLM HQ, and if selected, I believe we would all work together to ensure that the BLM feels our warm and welcoming western hospitality,’ Reece said.”

Read more about why Grand Junction is the best place for BLM on WelcomeHomeBLM.com.