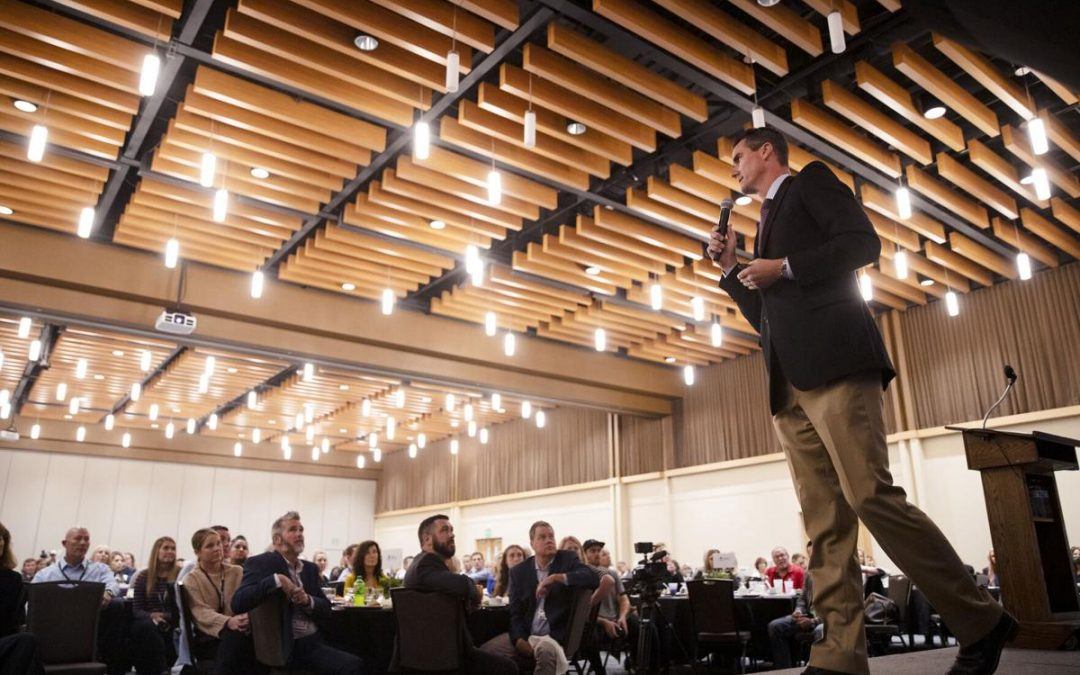 Colorado Mesa University President Emeritus Tim Foster and KAART, a Grand Junction GIS mapping company, were recognized for their economic development and leadership in the community at this year’s Western Colorado Economic Summit.

Foster, who received the Joseph C. Prinster Leadership Award, called a former student to the stage to say that his work at the university had been driven by the students they educated during his 17 year tenure.

“These are the young people who we’ve been able to educate at Mesa and keep in this community,” Foster said. “They’re super bright and talented and that’s what’s kept me young and kept us going. This is our future right here.”https://www.gjsentinel.com/tncms/block/646820/?disableTNStatsTracker=1

In the 2021 CMU Regional Impact Study, CMU estimates that it has directly or indirectly pumped $539 million into the regional economy. The same report estimates that 877 jobs have been created in the region due to spending.

KAART Director of Operations Sarah Jackson said the company was honored to win the Spirit of Economic Development award, which was sponsored by Charter Communications.

“We’re a company that’s filled with people that are passionate about what they do, which is exciting,” Jackson said. “They start off often as hobby mappers and then they take their passion and turn it into a profession.”

CMU AS A MODEL FOR THE FUTURE

Current CMU President John Marshall gave the keynote address at this year’s summit. He said he wanted CMU to become a model for the country as a whole. He used the example of his great grandfather, who built barns and figured out how to make them better, to illustrate how CMU needs to solve problems in the future.

“When we’re at our best we’re a community, we’re in relationship, we’re demanding of each other to think critically as we try and put together a country that’s more respectful, more humble and more just,” Marshall said.

He highlighted students and staff from CMU who are making an impact in the community and decried universities on the left and right of becoming “ideological monoliths.” For CMU, he said the need to focus on empowering students.

“We’ve got these diamonds in the rough who have no idea they are the future and the talent that we need so badly,” Marshall said. “We’ve got talent that are sitting around in an urban project in the south side of Chicago, in a Navajo reservation, in a Clifton trailer park and they have no idea that they’re the kid we all need to lead us into the next 30 years.”

Taking questions after his speech, Marshall said college has become too expensive and praised the work of community leaders who have helped develop programs at the university.

He also said the university will continue to grow.

“I think what you should continue to expect from Colorado Mesa University is a forward leaning posture,” Marshall said. “We’re innovating, we’re growing, we’re finding that next way to be relevant.”

Read the full story in The Daily Sentinel.