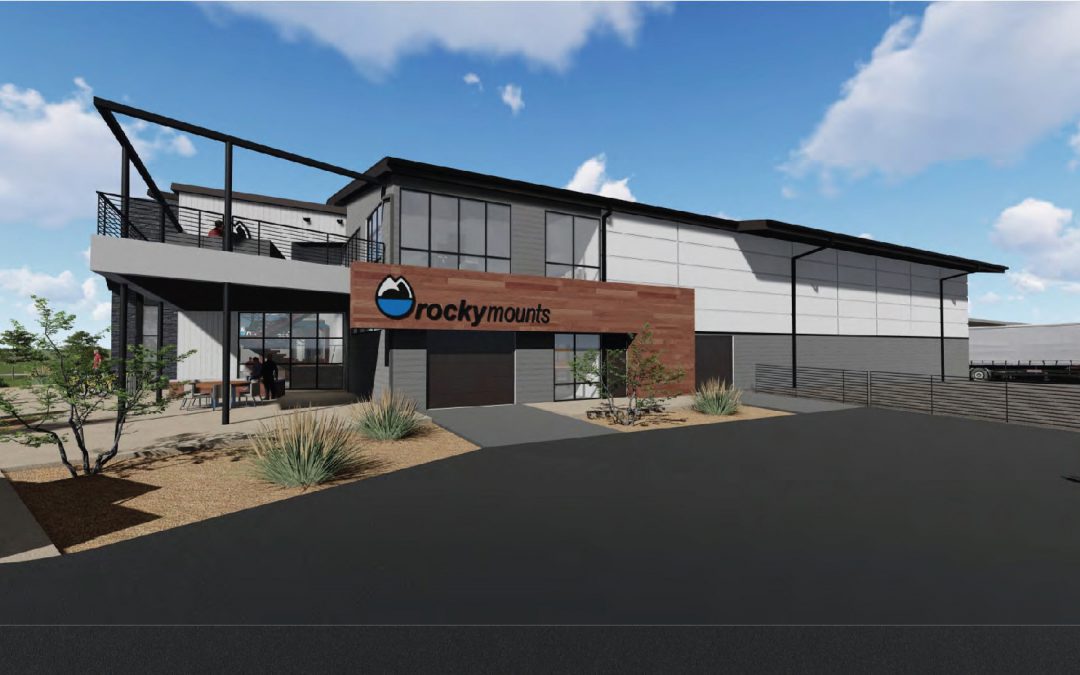 Bike rack manufacturer RockyMounts has broken ground on its new headquarters in Riverfront at Las Colonias Park, the new Grand Junction business park that caters to the outdoor recreationist. The event took place just weeks after Grand Junction residents passed a crucial vote to extend land leases in the business park to 99 years. RockyMounts leadership relocated from Boulder earlier this year and are operating out of a temporary space until the headquarters in is completed next year. Here’s more via The Daily Sentinel:

“RockyMounts became the first business to dig in at the 15-acre park Friday afternoon as the company officially broke ground on its new headquarters.

‘There’s been a lot of hard work by a lot of people to get here today,’ Grand Junction Economic Partnership Executive Director Robin Brown said during a ceremony that was attended by various city and business leaders from around the Grand Valley.

RockyMounts Owner Bobby Noyes thanked the community for its support and noted that the move has not been easy. However, he said he was attracted to the area due to the quality of life for him and his employees, the community and the lifestyle of the Grand Valley. He is happy to get moving.”