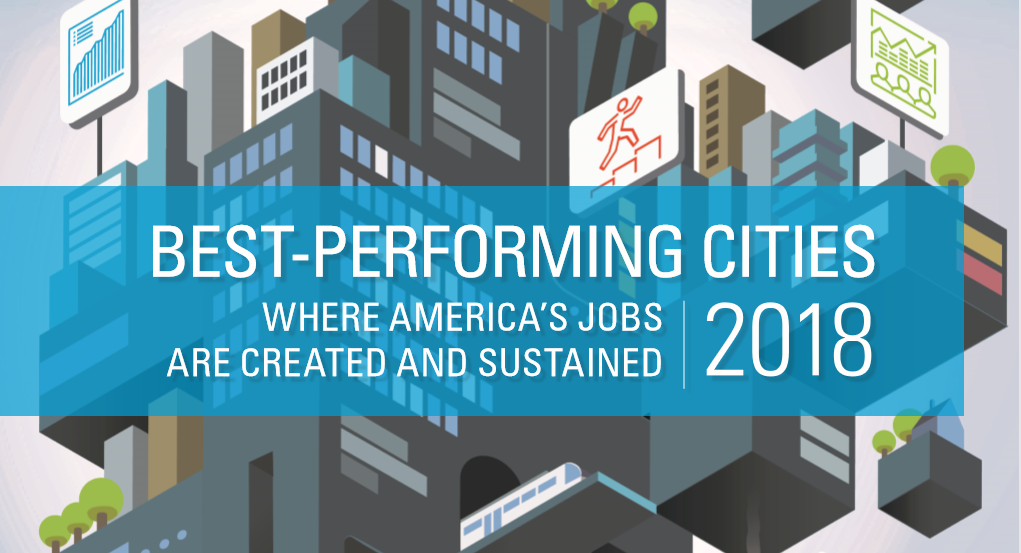 February 21, 2019 – Last month, the Milken Institute, a world-renowned nonpartisan think tank, released its annual rankings of the “Best Performing Cities”. The so-called BPC index measures which “American metropolitan areas offer the greatest opportunities for prosperity and innovation across the nation.” The Provo-Orem area in Utah took home the top ranking this year thanks to its friendly business and tax environment, its educated workforce and growing high-tech sector. Grand Junction ranked 131st overall among small metros, but there were some interesting and positive findings.

First, while 131st place might feel somewhat disappointing, that is a full 56 points higher than last year! Moreover, Grand Junction ranked 28th in job growth and 22nd in high-tech GDP growth for small metropolitan areas (the research is based on 2016-2017 data).

See the full report and how Grand Junction stacks up against other metros here.