The Solution to Your Organization Issues, Built in Grand Junction 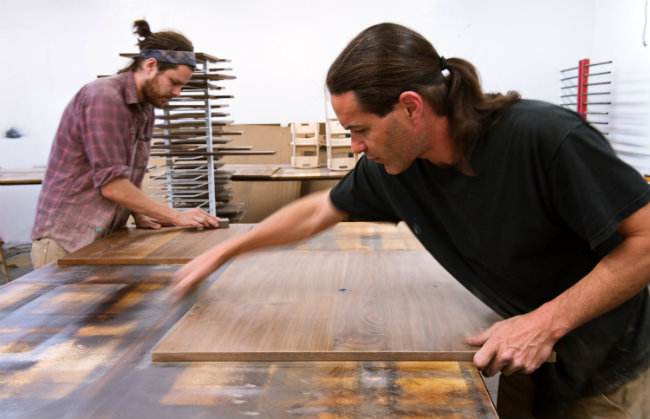 April 26, 2017 – Yesterday, CompanyWeek published a feature story on Glideware, a Grand Junction-based manufacturer of kitchen and closet organization systems. Winner of the 2014 KBIS “Best in Kitchen” award, the company projects sales will double this year. Here’s an excerpt from the story:

“Glideware was born of a common problem: How do you store cookware without scratching each pan’s non-stick coating?

Dave and Jenny Hall started the company in late 2012 after getting a set of non-stick cookware. ‘Before that, we stored it like everybody else does — we stacked it and forgot about it,’ Dave says.

But Jenny said that wasn’t an option with these pricier pots and pans, so the couple conceived a track- and hook-based system to vertically hang pots and pans in a kitchen cabinet…

The Halls initially expected to largely resell through cabinetmakers, but there was strong interest from the general public from these first orders. ‘What we found was that it was so simple to install, it was popular with do-it-yourself types,’ says Dave. ‘All you need is a battery-powered drill — that’s it — and it fits every cabinet on the market.’

Glideware won a ‘Best in Kitchen’ award at the Kitchen & Bath Industry Show (KBIS) in Las Vegas when it launched in February 2014. The company has since launched eight different products since the debut of Glideware, including organizers for pantries,  closets, and outdoor kitchens. Sales grew by about 15 percent in 2016, and the forecast is for more in 2017. ‘We’ll probably see our sales double this year,’ says Dave, projecting the company will pass surpass $1 million.”

Read the full story on CompanyWeek.com.