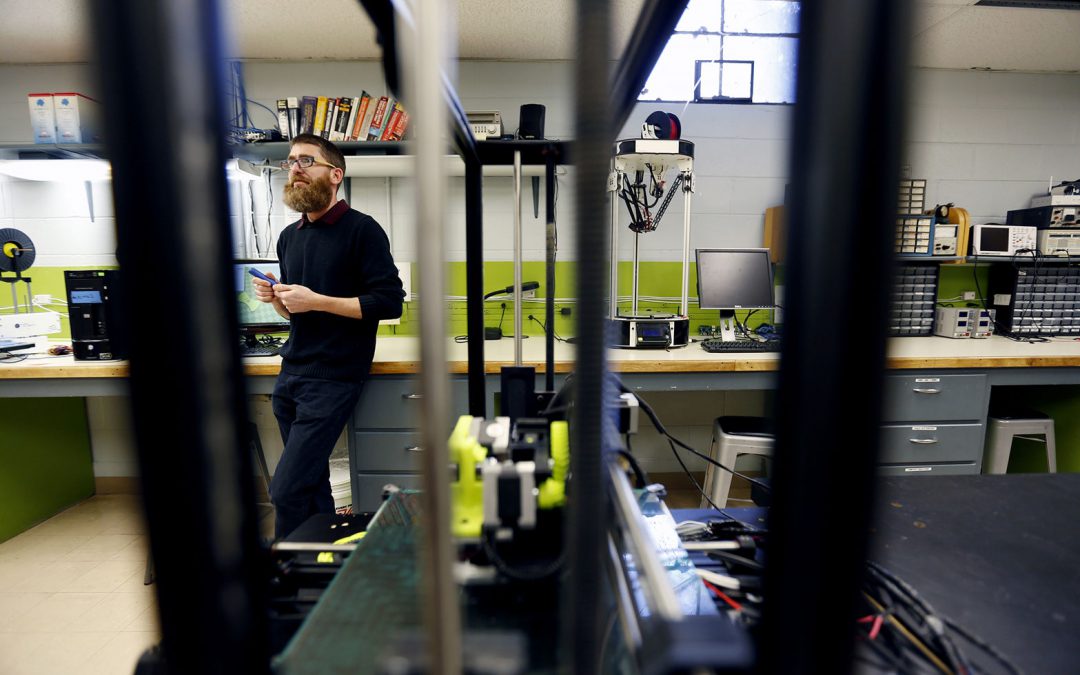 February 8, 2018 – The GJ Makerspace, a branch of the award-winning Business Incubator Center in Grand Junction, is expanding to meet increased demand. Here’s the story from the Daily Sentinel:

“When Jeremy Decker was looking to get out of the Chicago area and move his business to a place where it could grow, he considered factors such as a lower cost of living and cheaper real estate.

While he was able to find a place he could buy, another draw to the Grand Valley came in the way of resources available that would allow him to produce work for his clients without breaking the bank on some of the necessary equipment.

Decker found the Business Incubator’s GJ Makerspace, a membership group on the Incubator campus that provides access to technology such as 3-D printers and a laser cutter. And now that membership has been on the rise the past few months, the Incubator is ready to expand the Makerspace’s footprint and add space in the next month.

‘It’s actually starting to pick up the last six to eight months. There’s been a surge of people learning one thing or another,’ Makerspace Director Nick Tinney said. ‘We just need more space.’

The Makerspace launched at the Incubator about four years ago and has grown to about 42 members who pay a monthly fee. The new space will greatly increase the program’s capacity.
‘The whole thought process behind the Makerspace was to have a place for a pre-pipeline for people to come together, work on all projects and innovations and some of them will launch companies,’ Business Incubator Executive Director Jon Maraschin said. ‘For Grand Junction to have this is pretty cool.’

Tinney said some potential businesses have come in with no more than a sketch on a napkin and later learned their idea had the potential for a new business venture. The link to the Incubator has helped some of the businesses become a reality due to the programs offered by the organization.”

Read the full article in The Daily Sentinel here.