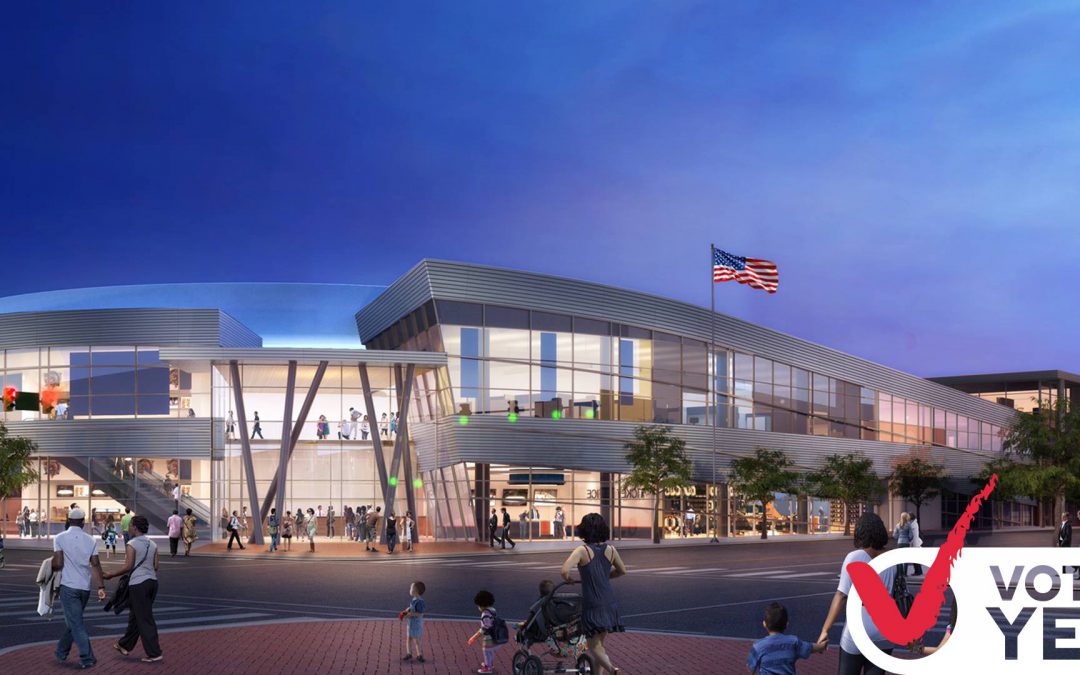 March 13, 2017 UPDATE – Yesterday, the planning committee behind the proposed event center held a town hall meeting for the public to learn more about the project and discuss any concerns. The Daily Sentinel recaps the town hall meeting here.

March 9, 2017 – Next week, ballots will start to appear in Mesa County mailboxes for the April 4 local elections. One of the many issues voters will be deciding on is a quarter of a cent sales tax hike in the City of Grand Junction to support the building of a new downtown event center (and the remodeling of Two Rivers Convention Center). At GJEP, we’re choosing to say yes to this proposed sales tax hike – you can read an earlier press release on the GJEP board’s vote here.

While the $64 million price tag to construct the new event center might sound hefty, it only equates to about $30 per household in Grand Junction. The return on investment is projected to begin immediately and is estimated to be around $30 million per year. That’s over $1 billion injected into the local economy over a 30-year period – monies that can be used to support critical infrastructure improvements, the school district and so much more.

If approved, the new sales tax in Grand Junction will be 3%, which is still below the national average at 3.3%. It will also bring our largest municipality in Mesa County to equal levels of neighboring communities like Fruita and Palisade.

The Event Center wants to bring in many different kinds of events – family entertainment shows, rodeos, concerts, trade shows, sporting events (including hockey, basketball, and football), and more – which will drive larger audiences to the county year-round, spur increased downtown traffic in Grand Junction and add jobs, both directly and indirectly. As such, an “investment in the Grand Junction Event Center is an investment in our community’s future both economically and culturally.”

There will be many critical issues on the ballot for the April 4 elections and we encourage residents to stay informed on all of the issues up for vote.

To learn more about the proposed Grand Junction event center, visit gjeventcenter.com and sign up for updates here, or head to The Avalon Theatre on Sunday, March 12, for a town hall discussion.

You can also hear from fellow residents why they are choosing to say yes to the event center in this video.