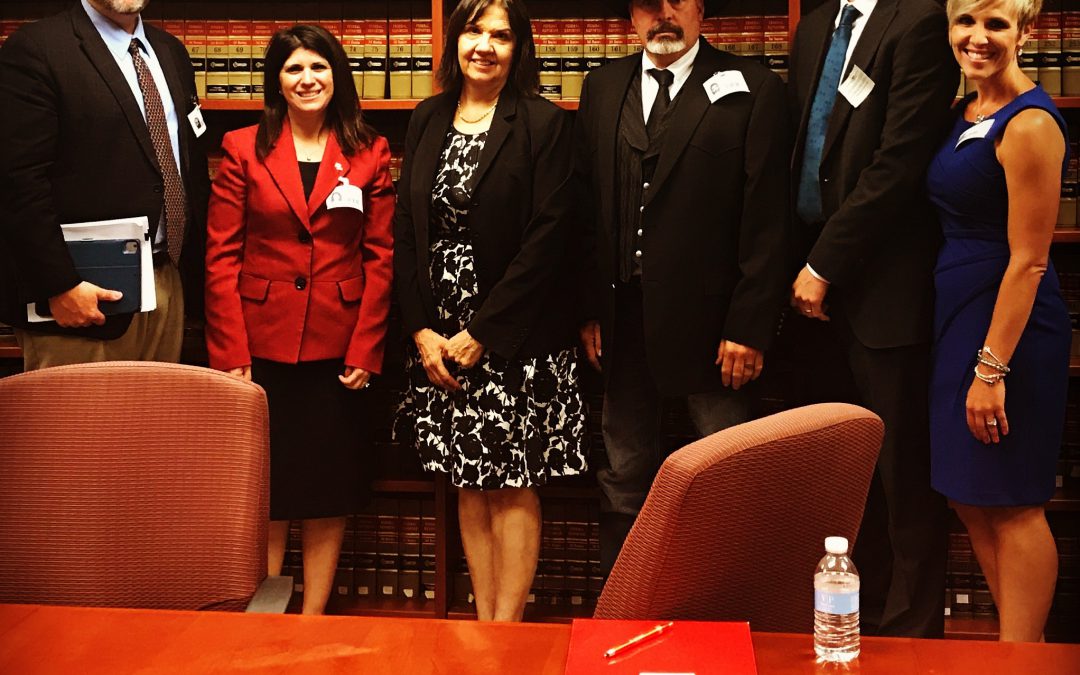 March 22, 2018 – Last week, a senior adviser to the Jordan Cove LNG pipeline project told policy makers the an Oregon facility could open by this time next year. Here are the details from The Daily Sentinel:

“Bob Braddock briefed the Senate Select Committee on Energy & Environment on the status of the project, laying out for them the impacts it is expected to have on natural gas production in Colorado and elsewhere in the northwest part of the nation.

He also updated them on the status of the $9.8 billion project, which still needs approval from the Federal Energy Regulatory Commission, a three-member panel that once rejected the idea during President Barack Obama’s administration.

Under President Donald Trump, however, that panel now has new members and is poised to approve it, Braddock said.

‘The bottom line on the permitting process is that we will be through the permitting process by the end of this year, with the critical FERC permit by, it’s hard to say, the third quarter,’ he told the committee, which is chaired by Sen. Ray Scott, R-Grand Junction. ‘With the permits in hand, with the contract to construct the facility in hand, and at the same time having contracts for the capacity of the terminal in hand, we are positioned … to move the project to conclusion.’

Braddock said his employer, Pembina, already has two Japanese companies that have entered into 20-year contracts to purchase 50 percent of the natural gas it expects to transport. One of those companies, JERA, is the exclusive fuel procurement company for Japan’s largest electric utilities and the largest liquefied natural gas buyer in the world.

Braddock also said his employer, which would operate the only natural gas facility on the West Coast, also expects to contract for much of the rest of the facility’s capacity by the fall.

‘These gas contracts are long term, allowing the upstream developers to lay out a long term development plan that can avoid the typical boom and bust that any routine natural resource goes through,’ he said. ‘The unique linkage of customer to resource gives us long term stable pricing and supply.’

Braddock said Colorado’s role in the facility when it gets going is to supply about 25 percent of all the liquefied natural gas it expects to export on a daily basis for at least the next 20 years, most of which would come from wells in the Piceance Basin.

That means the Western Slope would see a much more stable market for its natural gas, he said.

Several county commissioners from around the state also told the committee why they, along with Gov. John Hickenlooper and the state’s congressional delegation, are pushing the Jordan Cove project, including Mesa County Commissioner Rose Pugliese.

‘When I think about rural economic development, I think about the Jordan Cove project and what it can do for Mesa County and our surrounding counties on the Western Slope,’ Pugliese said. ‘To have 20 years of stabilization from boom and bust, and be able in that time period to continue to diversify our economy, is really important, whether that’s manufacturing, outdoor recreation. There are a lot of opportunities.'”

GJEP has long been a supporter of the Jordan Cove LNG pipeline project and has traveled with, among others, Comm. Pugliese to Washington D.C. to advocate for its completion with FERC. GJEP also helped facilitate a white paper on the potential economic impact of such a project for the Piceance Basin, alongside CMU’ Unconventional Energy Center. Read the white paper here.