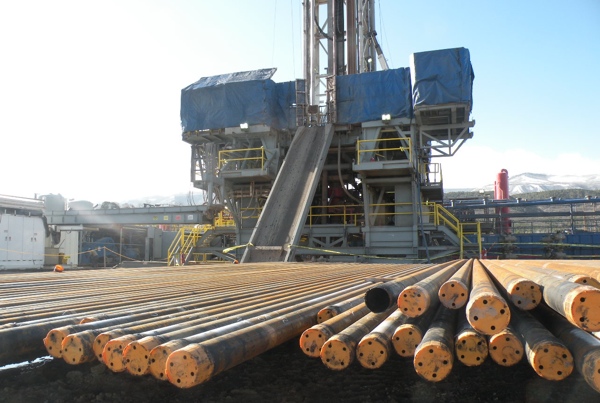 August 31, 2017 – As an active participant in a Western Colorado energy delegation advocating for the completion of the pipeline project that will lead Liquefied Natural Gas (LNG) from the Piceance Basin to the Pacific Coast and international markets beyond, GJEP was thrilled to visit with  a special advisor to the Japanese Ministry of Economy, Trade and Industry yesterday alongside commissioners from multiple counties and our economic development partners. The Japanese government has been a vocal supporter of the Piceance-to-Pacific pipeline because of its strong interest in obtaining LNG from the U.S. Here’s more from The Daily Sentinel:

Soda didn’t speak with reporters during a tour of the Grand Valley, but did tell the commissioners that the Piceance to the Pacific proposal, as it has become known, promises economic stability for northwest Colorado and for customers who will purchase natural gas from the region, Bolton said.

A Canadian company, Veresen Inc., is seeking to build the Jordan Cove project, which would ship liquefied natural gas from Coos Bay in Oregon to customers in Japan from natural gas suppliers in northwest Colorado.

One Japanese potenial customer, JERA, last year urged the U.S. Federal Energy Regulatory Commission to approve the Jordan Cove project. The commission rejected the project last year and Veresen has reapplied for a permit to construct the export terminal and associated pipelines.

Just as northwest Colorado residents have become accustomed to the boom-and-bust cycle of the energy industry, potential customers are seeking a stable, reliable energy source from places other than the Middle East and Russia, and the United States is the steadiest of suppliers, Samson said.

A visit from a Japanese government official illustrated that Jordan Cove ‘is a big part of the bigger picture’ of supplying natural gas to markets around the globe, Samson said.

Soda’s visit ‘allowed our western Colorado delegation the opportunity to highlight the rich resource we have in the Piceance Basin and the economic benefits of exporting LNG,’ Kristi Pollard, executive director of the Grand Junction Economic Partnership, said in an email. ‘The fact that Mr. Soda sought out our team to learn more solidified in my mind that western Colorado will play a profound role in the international energy portfolio.'”

Read the full article on The Daily Sentinel’s website.

Read GJEP’s white paper on the potential of the Piceance Basin here.