Mike Sneddon, President of SG Aerospace & Gas Shares Why He Chooses to #LiveGRAND 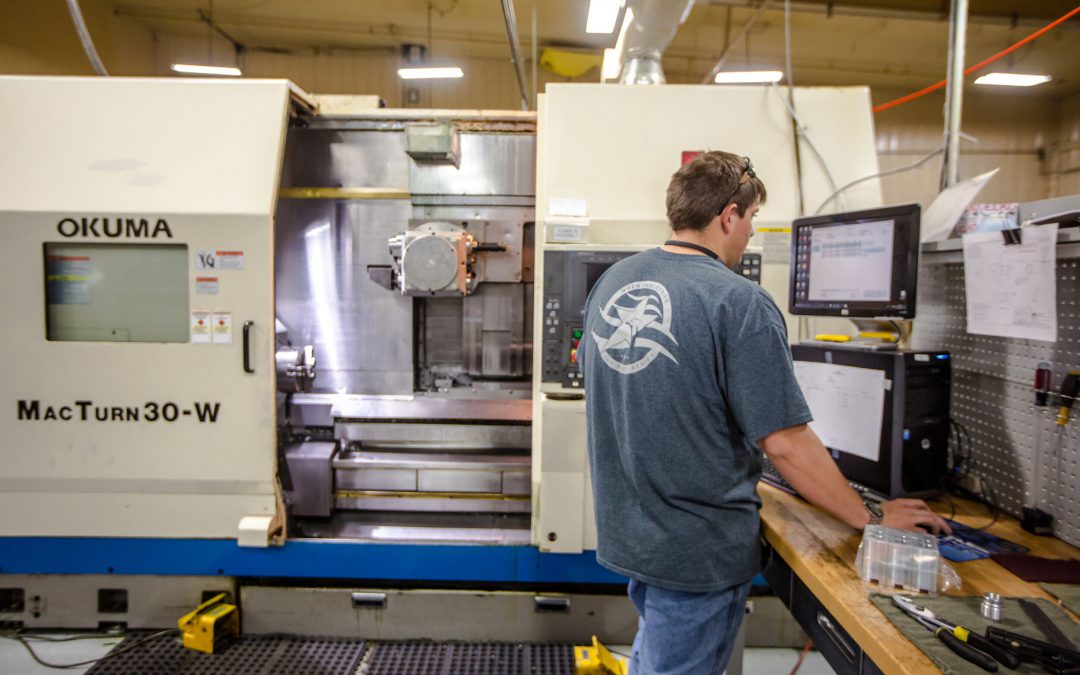 In 2008, Mike and Shannon Sneddon bought a small parts manufacturer in Grand Junction, Colorado, that catered to the rock-climbing industry. Over the next decade, the husband-and-wife team reimagined SG Aerospace & Gas (formerly dba Wren Industries) into a small but impactful precision manufacturing operation serving the aerospace and energy industries. Under the Sneddon’s, the company has grown approximately 15 percent per year and has expanded from a 2,000 to 10,000-square foot facility.

Two years ago, SG Aerospace & Gas joined the Grand Junction Economic Partnership and several civil servants in a concerted effort to draw attention to the many opportunities for the aerospace industry in Western Colorado. By May 2017, the small business proudly announced it had been awarded a coveted contract as supplier to NASA’s Orion spacecraft.

Here’s why SG Aerospace & Gas president Mike Sneddon chose to launch and grow in Colorado’s Grand Valley – in his own words:

“[SG Aerospace & Gas} is a small Aerospace manufacturer in Grand Junction.  We have been a supplier for Lockheed Martin for approximately one year and are currently one of nine suppliers that were awarded FT2M supplier status for the Orion program.

A primary focus within aerospace in Grand Junction is to ensure that businesses have access to a qualified workforce and customized training. [SG] has been successful obtaining skilled interns and full-time employees that fit our needs from Colorado Mesa University and Western Colorado Community College, along with the Mesa County Workforce Center.  This has allowed us to tap into the local talent and continue growing a local passion for aerospace.

Our employees appreciate the quality of life here, which makes for an excellent work environment.  Great talent appreciates not having to commute hours to work in traffic. They also love that this is a fantastic place to raise a family.

Third and foremost, Grand Junction is an excellent location for ease of transport.  The [SG] facility is advantageously located with a major airport on one side and a major interstate on the other, both are accessible within two minutes.  With multiple flights leaving daily, there has never been an issue with getting where we need to be, both in the air and on the ground.

I would highly recommend Lockheed Martin making the investment to open a new division within this community.  The quality of people and community is second to none.”