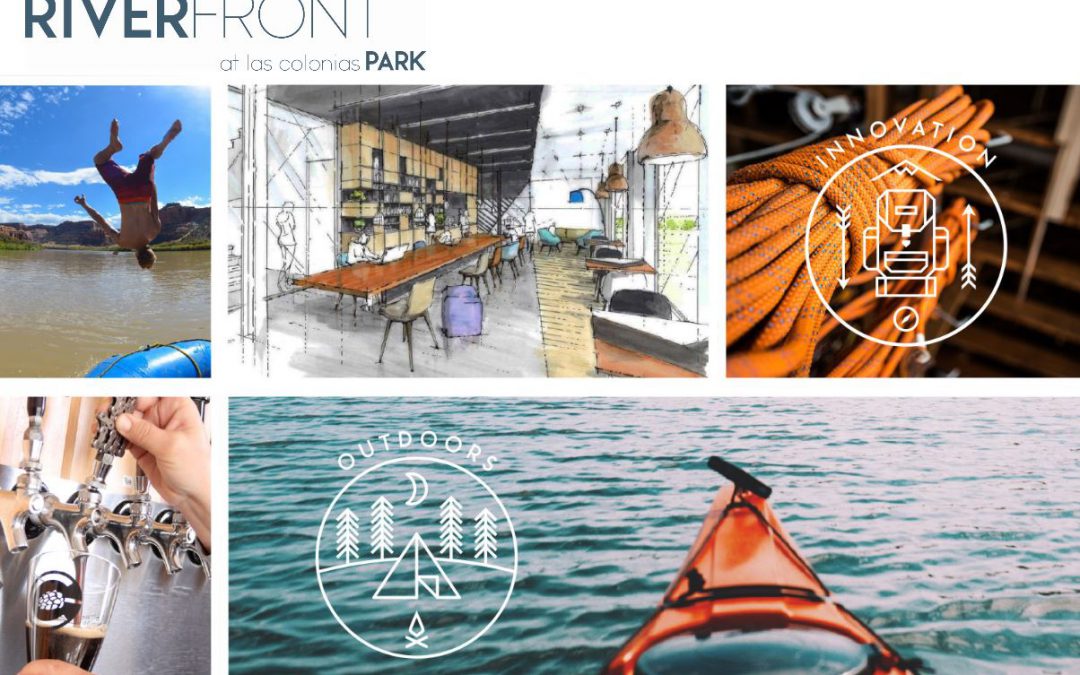 March 29, 2018 – Tomorrow marks the groundbreaking for the much-anticipated Riverfront at Las Colonias business park. The park, which will be anchored by Grand Junction-based Bonsai Design, will cater specifically to outdoor recreation businesses and will include state-of-the-art indoor and outdoor amenities, from office space to light industrial facilities. Here’s more from The Daily Sentinel:

“Outdoor-oriented businesses that might look at a place such as Grand Junction as their future home base could fall in love with the developing Las Colonias business park’s Google-like campus, riverside amenities and recreation opportunities…

Infrastructure work at the 15-acre business park geared to attract outdoor recreation business and anchored by Bonsai Design is already underway with an official groundbreaking ceremony slated for Friday.

In the meantime, Bonsai Design Owner and CEO Thaddeus Shrader and Grand Junction Economic Partnership CEO Robin Brown have been talking up the property to businesses who might be a good fit for the park.

‘I’ve been going after small- to medium-size outdoor rec businesses that don’t reside in the valley who were curious about coming here, but not sure about finding a home,’ Shrader said.

The effort has been ongoing for the past few months and gained some traction in January when a Grand Junction contingent traveled to Denver for the first Outdoor Retailer Conference in Colorado. Things further picked up in February when the city created the Las Colonias Development Corporation, an oversight board that can negotiate directly with businesses on leases.

Through the LCDC, businesses can finalize deals quickly and not have to go through long approval processes…

Bonsai is hoping to break ground on its new building in July. There will be six other building pads for commercial properties and four more for retail spaces that could include restaurants and a coffee shop. The property will also include man-made lakes and a zipline built by Bonsai.

Shrader is also able to help businesses who want to get into the park but might not be financially ready to build a new building from scratch.

Bonsai is building out extra space in its new building to house a business until it is ready for its own space. It is also offering to design and build a new structure that includes everything an owner might want in its new home. Established businesses that want to take on everything from design and building also have that option.

‘We designed this to meet people where they are,’ Shrader said. ‘We wanted to have options to make it as marketable to as many sizes of groups as we could.'”