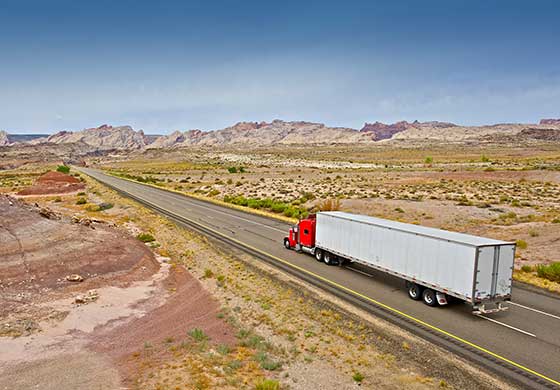 Colorado’s congested and deteriorated transportation network threatens to diminish quality of life and hamper economic growth and recovery in one of the fastest growing states in the nation, according to a new report released yesterday by TRIP, a Washington, DC-based national transportation research nonprofit. Increased investment in transportation improvements at the local, state and federal levels could relieve traffic congestion, improve road, bridge and transit conditions, boost safety, and support long-term economic growth in Colorado.

The TRIP report, “Keeping Colorado Mobile,” finds that Colorado’s major urban roads are congested, causing significant delays and choking commuting and commerce. Nearly half of Colorado’s major locally and state-maintained roads are in poor or mediocre condition, five percent of locally and state-maintained bridges (20 feet or more in length) are rated poor/structurally deficient, and more than 3,000 people lost their lives on the state’s roads from 2015 to 2019.

Congested roads, highways and bottlenecks choke commuting and commerce and cost Colorado drivers $3.5 billion each year in the form of lost time and wasted fuel. From 2000 to 2019, vehicle travel in Colorado increased by 31 percent, the ninth highest rate in the country.  Due to the Covid-19 pandemic, vehicle travel in Colorado dropped by as much as 42 percent in April 2020 (as compared to vehicle travel during the same month the previous year) but rebounded to ten percent below the previous year’s volume in November 2020.

Traffic congestion in the Mesa County area causes 11 annual hours of delay for the average motorist and costs the average Mesa County driver $230 annually in lost time and wasted fuel. 26 percent of major locally and state-maintained roads in the Mesa County area are in poor condition and another 26 percent are in mediocre condition according to the TRIP report, costing the average motorist an additional $583 each year in extra vehicle operating costs, including accelerated vehicle depreciation, additional repair costs, and increased fuel consumption and tire wear – statewide the total is $2.8 billion. Statewide, 22 percent of Colorado’s major roads are in poor condition and 25 percent are in mediocre condition.

“Weather, traffic crashes, avalanche mitigation, and a transportation system meant to support 3.5 million residents instead of today’s 5.8 million are constant sources of frustration and a huge expense for families and companies located west of the Continental Divide,” says Robin Brown, GJEP executive director. “For Coloradans on the West Slope, a shutdown of I-70 costs time, money, and resources that we need to survive, particularly during the COVID-19 pandemic. Rural areas are in desperate need of safe roads and alternate routes to keep the flow of goods and people at optimal pace and it’s time to pass a solution to Colorado’s pressing transportation needs.”