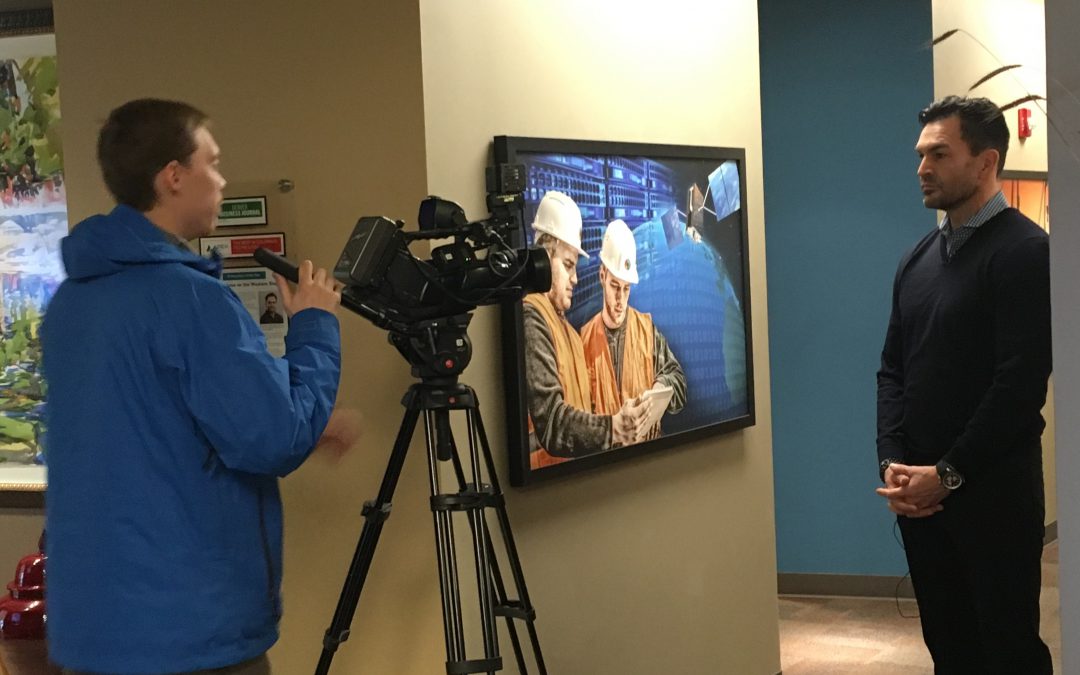 February 3, 2017 – Yesterday, our business development manager, Steve Jozefczyk, met with two publicly traded tech companies out of Canada, NexOptic and DeepMarkit, who were in town to talk about expansion possibilities and launching their U.S. operations in Grand Junction. The companies are already partnering with local business ProStar Geocorp, and have several local shareholders.

John Madden with Newschannel 5 came along to cover the story and here’s what NexOptic CEO Paul McKenzie had to say:

“There is also a lot of talent [in Grand Junction], it’s kind of like a hidden gem.”

Thanks for the kid words, Paul!