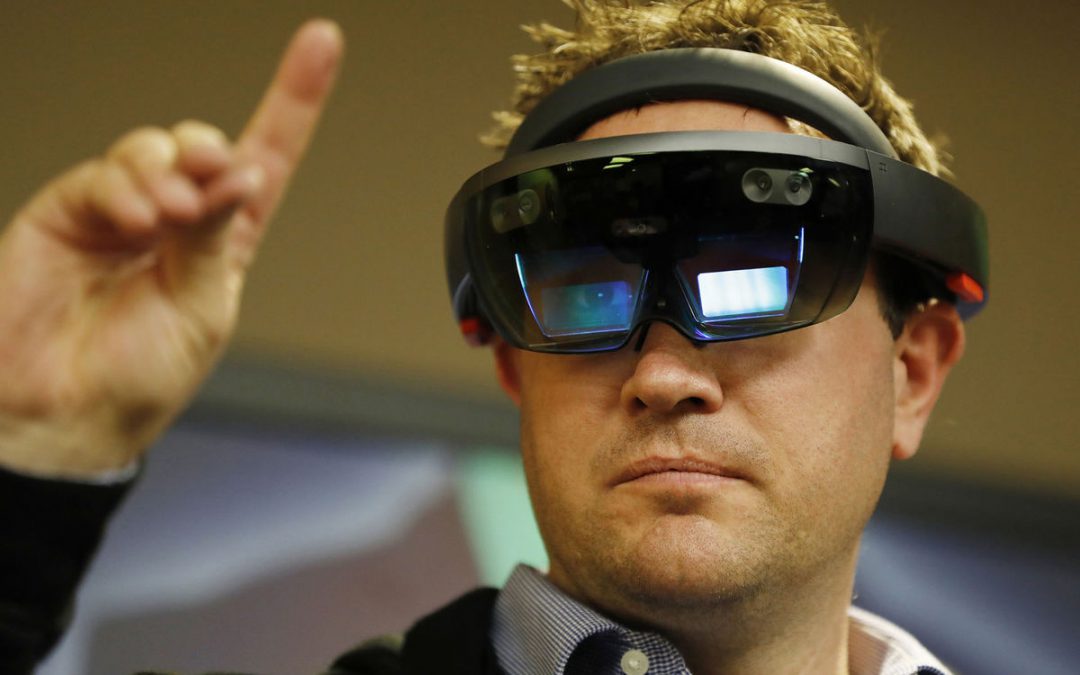 December 11, 2017 – Last week, the City of Grand Junction joined the Colorado Smart Cities Alliance. The alliance is the first of its kind in the U.S. and encourages collaboration among so-called “smart cities”, i.e. cities that incorporate technology to function more efficiently on a municipal level. Grand Junction was invited to join the alliance after earning some recognition for its partnership with ProStar Geocorp, CDOT and Colorado 811. Here’s the scoop:

“Inside ProStar Geocorp’s Horizon Drive headquarters, geospatial information specialists work with devices such as a Hololens, an augmented reality device that allows the user to explore the surroundings and interior of a space without leaving one’s seat. It essentially gives the person X-ray vision.

Looking through one of these devices, one can see what’s inside the wall or map items from outside and virtually bring them in the room with you. For ProStar it’s a useful device for mapping what lies underneath the ground, including pipes, gas lines and electrical conduits, which is the company’s specialty.

For some time, ProStar has been in business with oil pipeline companies, working on geospatial interface technology to locate underground pipes, but recently, ProStar aligned with the city of Grand Junction, the Colorado Department of Transportation and Colorado 811 to make the process of locating utilities more efficient.

That partnership garnered a $250,000 grant from the state Office of Economic Development and attracted the interest of the Colorado Smart Cities Alliance, which Grand Junction officially joined last week.

While smart cities exist around the country and the globe, Colorado’s Smart Cities Alliance is the only one of its kind in the U.S. and kicked off in September. Grand Junction is the 13th city to join and the first outside the Front Range. The alliance encourages collaboration between these cities and catalogs best practices on specific projects that each city is contributing.

‘We get to put Grand Junction on the map in Colorado as the only city on the Western Slope that is part of the Smart Cities Alliance, which to me, then truly makes it a connected community,’ said Page Tucker, president and CEO of ProStar Geocorp.

Interested in joining the tech movement in Colorado’s Grand Valley? Give us a call at 970.245.4332, or visit our tech industry page for more information.

Photo from The Daily Sentinel.