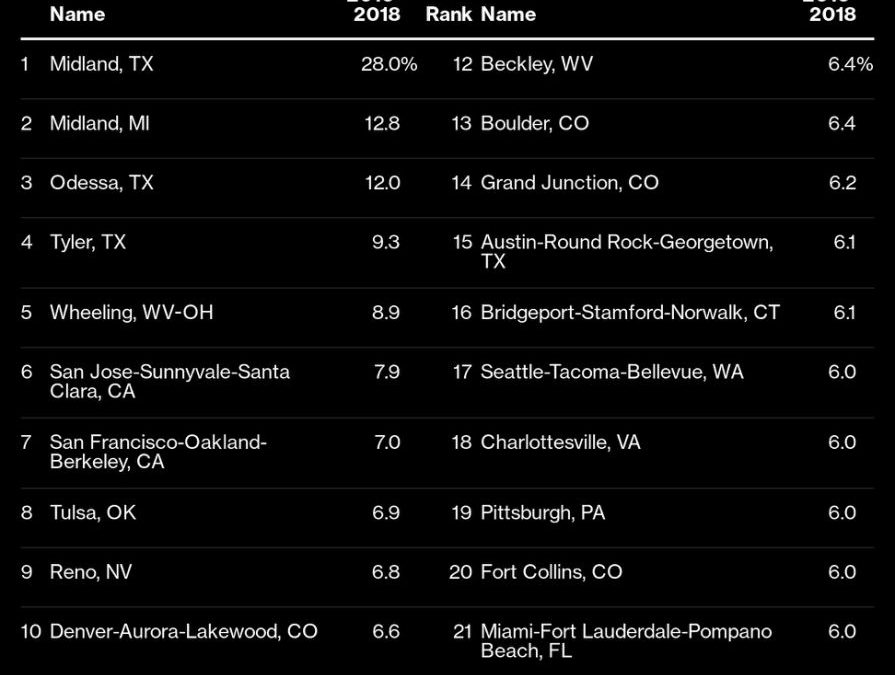 In a recent report, Bloomberg ranked U.S. metros based on per capita personal income growth from 2016-2018. The data, as reported by the U.S. Bureau of Economic Analysis, shows Grand Junction grew by 6.2%, placing the city at #14 nationwide. That’s just one place behind Boulder, where the income growth was 6.4% – and ahead of Fort Collins at 6.0%.

Photo via Yahoo! Finance and Bloomberg.