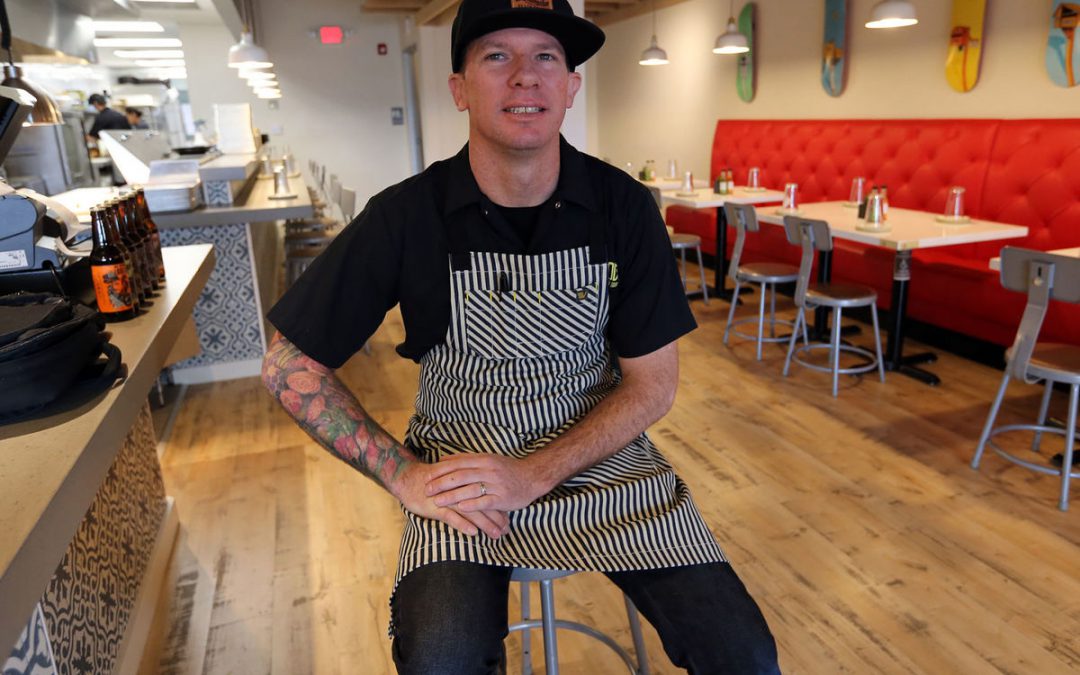 February 6, 2018 – Thanks to our mild climate and natural resources, the farm-to-fork movement thrives in Colorado’s Grand Valley. And at the forefront of this movement is Josh Niernberg, the chef behind local hot spots Bin 707 foodbar, Taco Party and upcoming Dinner  Party. Josh just received the prestigious honor of being named part of the 2018 FIVE, a group of chefs that are leading the restaurant industry in Colorado. Traditionally, this honor has only been bestowed upon Denver and Front Range-based chefs – Josh is the first west slope chef to join the ranks.

As part of the 2018 FIVE, Josh will participate in culinary events throughout the state, including hosting a dinner event on his home turf. He will also represent the Grand Valley at the James Beard House in New York later in the year. Here’s what Josh said to the Daily Sentinel about this opportunity:

“It will be huge to put the Western Slope and particularly Grand Junction on that kind of a stage and to start to define what we do differently over here… To be able to represent the Grand Valley and showcase Colorado from a different perspective than they’ve ever done before is awesome.”

Read the full story in the Daily Sentinel here.